Bitcoin Continues to Gain Traction after the El Salvador Endorsement 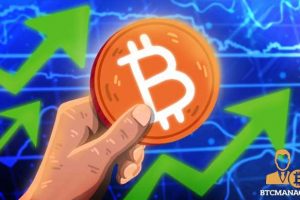 Mexican politician Eduardo Murat Hinojosa shared a tweet recently that outlined his support for Bitcoin’s growth. Furthermore, he vowed to promote enabling regulations that will advance hand in hand with the new generation currency, Bitcoin.

According to the ‘Global Blockchain and Cryptocurrency Market 2021’ research, an increasing interest in blockchain and cryptos has been recorded. The publication also indicates that developing countries are leading the market. Today, Russia and Ukraine are in top rankings in cryptocurrency adoption.

There are several ways through which governments influence the price of Bitcoin. First, they may regulate assets such as fiat currencies via buying and selling in international markets. Also, they could compress excessive enthusiasm for an asset by increasing regulations that increase the cost of transacting.

Some African countries also ranked in the top ten despite their challenges in infrastructure and Asian countries such as India, Pakistan, Vietnam, and others. The Middle East is also quick to catch up, although many countries in the region have banned any activities connected to the blockchain.

Bitcoin regulation is one of the most critical factors affecting Bitcoin price. But by their nature, cryptos are freewheeling, not bound by specific agencies or country borders. In an interview, the former head of blockchain practice at a law firm Marco Santori referred to Bitcoin as a “regulatory platypus,” one that does not fit into existing asset categories.

There is plenty of speculation about which country holds the most bitcoins. Some believe that most coins are owned by large mining firms, exchanges or funds that use their positions to influence the market. However, through their collective investments, many users have placed their countries for owning large amounts of digital coin.

International agencies like the IMF (International Monetary Fund) have urged cooperation and international discussion among regulators concerning Bitcoin regulation. The EU has supported the crypto revolution, and it may benefit over other territories as it controls a 28-member bloc.

More than a decade after Bitcoin was invented, it has succeeded more than its inventor’s wildest hopes. BTC is on its way to establish itself as a cultural and financial phenomenon promising a future through which decentralized networks displace virtual currencies and governments, companies, and society.

In essence, Bitcoin requires more and better politics to enhance its growth. Governance and governments may not be the same, but every human system, including Bitcoin, requires governance. Bitcoin governance influences or directs a community’s decision-making. Bitcoin is inherently political, and when politics are practiced well, we rarely notice. It’s the poorly done politics or those that oppose our interests that we often condemn.

There are very many correct answers about Bitcoin’s future. However, if there were more bitcoin politics, more people would be brought on board into Bitcoin.