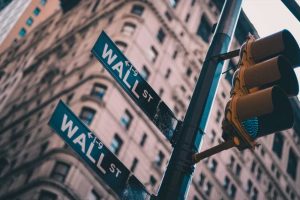 Bitcoin prices traded narrowly higher Tuesday as it attempted to offset profit-selling behavior against an ongoing turmoil on Wall Street.

The benchmark cryptocurrency surged 0.42 percent to $57,829 ahead of the London morning bell. Its modest gains came as an extension to a bullish session on Monday, wherein the price climbed 3.29 percent. That further marked roughly 16 percent recovery after Bitcoin fell to near $50,000 last Thursday. 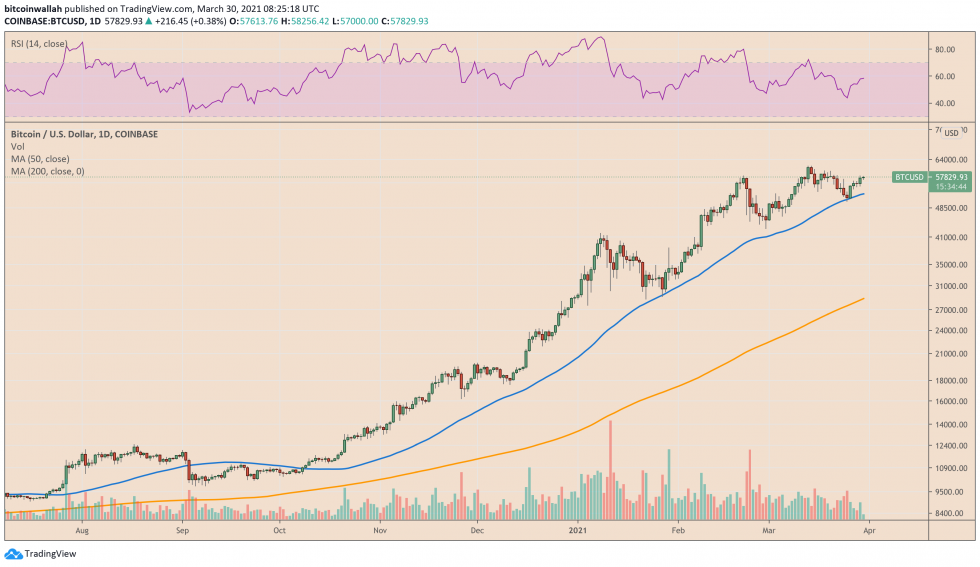 The latest gains in the Bitcoin market surfaced in the wake of two concrete factors.

First, about $6 billion worth of options expired on Friday in favor of bulls’ preferred strike price target at $55,000. Second, it appears that investors’ bid for safe-havens surged after a large investment fund unwound billions of dollars in holdings, provoking concerns that global banks that traded with the firm could face severe losses.

The story erupted last Friday after Goldman Sachs and Morgan Stanley started dumping billions of dollars worth of positions in Chinese and US stocks. They did it on behalf of an undisclosed investment fund that had defaulted on its “margin call” — primarily a requirement to deposit more collateral against its trades.

That led to an epic whodunnit across markets, with Archegos – an investment group headed by Bill Hwang, a former Tiger management hedge fund manager with a history of wire frauds and insider trading, identified as the fund that caused the panic. On Monday, Credit Suisse and Nomura admitted that they could lose billions of dollars in the said fallout. 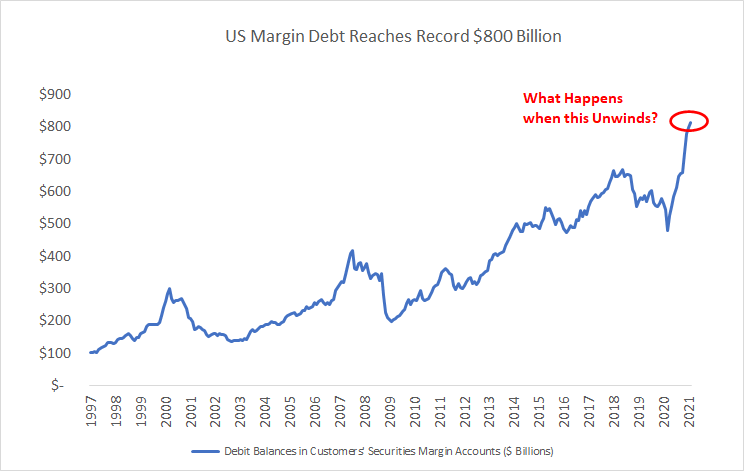 The Archegos blowout raised worries among investors: can this fund trigger a wider financial conflagration? The uncertainty pushed the US stocks — barring Dow Jones — lower Monday while the US dollar, which investors consider their safest haven against market turmoils, rose. Bitcoin appeared to have surged on similar sentiments.

“If the Archegos margin call on a $10B fund can send core holdings down 50% in a week, what do you think happens during the next market-wide shock when the record $800 billion in retail leverage unwinds,” stated Ross Hendricks, the vice president of EnergyFunders.com.

The BTC/USD exchange rate showed early signs of breaking out of its downward trend channel. Since it comes after a strong uptrend, the range, which appears like a bull flag, expects to send bitcoin to as high as $71,000, as discussed in another Bitcoinist analysis. 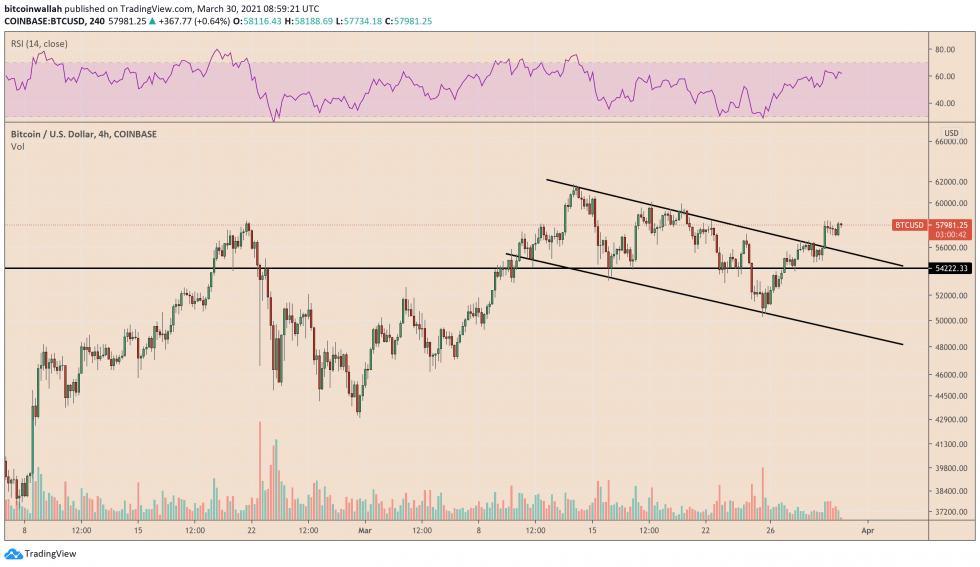 Conversely, if the price falls back inside the flag range, then it risks plunging towards the structure’s lower trendline. That would mean a dip towards $50,000, if not below the level.