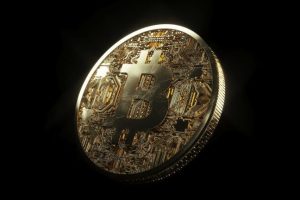 This article looks at what analysts and influencers are currently (as of June 28) saying about Bitcoin’s hash rate, mining difficulty, BTC accumulation addresses, and the Bitcoin vs gold debate.

On June 26, crypto analyst Lex Moskovski, CIO at Moskovski Capital, used Glassnode data to show that the number of unique accumulation address (or effectively the number of long-term holder addresses) have recently been going up. This is how Glassnode defines these addresses:

“Accumulation addresses are defined as addresses that have at least 2 incoming non-dust transfers and have never spent funds. Exchange addresses and addresses receiving from coinbase transactions (miner addresses) are discarded. To account for lost coins, addresses that were last active more than 7 years ago are omitted as well.“

Yesterday (June 27), Zack Voell, former Coindesk journalist and current Research and Content Director at Compass Mining, wrote about the large drop in Bitcoin’s hash rate and difficulty level following the recent crackdown on mining in China, and he had some reassuring words for Bitcoin HODLers.

His final thoughts were:

Earlier today, macro economist and crypto analyst Alex Krüger also commented on the large drop in Bitcoin’s hash rate and said that this seemed like a perfect time to get into BTC mining for those in locations where low cost electricity is available.

Adam Back, Co-Founder and CEO of Blockstream, however disagreed with Krüger about how much Bitcoin’s hash rate has fallen. He tweeted:

“no it has not “dropped -70%” it’s not quite -50%… people really need to get up to speed and not look at short-term inaccurate block-interval inferred hashrate. the peak real-hashrate hasn’t been over 160EH, and current is 85EH so a drop of about -47%. and it dropped over time.”

Charlie Morris, Founder and CIO at ByteTree Asset Management (subsidiary Crypto Composite Ltd), pointed out that on June 27 the Bitcoin network experienced its highest average block interval in Bitcoin’s history (since BTC “has had a price”), and said that this was caused by the mining ban in China.

Morris expects Bitcoin’s average block time to return to 10 minutes (i.e. 600 seconds) once Bitcoin’s mining difficulty is adjusted (this is expected to to take place at block height 689,472, or on July 2).

And finally, crypto analyst and influencer Lark Davis said today that he sees Bitcoin as the “new gold” and that he expects to see before the end of this decade the market cap of Bitcoin reach the market cap of gold, meaning that he thinks the Bitcoin price could go as high as $550K.

Davis went on to give a few reasons for Bitcoin’s superiority over gold:

Photo by “petre_barlea” via Pixabay