Bitcoin Whale Moves $BTC After It Appreciated Over 630,000% in 9 Years 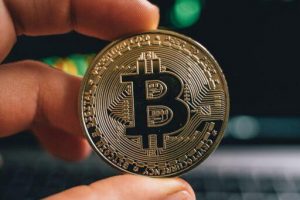 A total of 791 bitcoin that had been dormant for over nine years has moved. The coins came from an address that was relatively active back in 2012, when the price of bitcoin was trading between $5 and $15.

Back in 2012, the 791 BTC that were moved on the blockchain were worth little over $4,000, while they are now worth over $26.1 million. The funds the bitcoin whale moved do not appear to have come from block rewards at the time, although they could have been all consolidated into that address.

The address has notably not moved the Bitcoin Cash (BCH) it received from the August 2017 hard fork for holding BTC at the time the chain split. Most of the moved BTC is sitting at an address that had previously been unused, while around 100 BTC were moved to active addresses that could belong to a cryptocurrency exchange.

Last year, BTC mined during the so-called Satoshi era moved numerous times. The Satoshi era refers to the period in which the pseudonymous creator of Bitcoin, Satoshi Nakamoto, was active in the cryptocurrency community up until the end of 2010, when he or she mysteriously disappeared.

While it’s unclear where most of the funds were moved to, 9.99 BTC, were donated to the Free Software Foundation (FSF), while another 9.,99 went to the  American Institute for Economic Research (AIER).

It’s often estimated that coins that have been inactive for so long may have been lost forever, as users may have lost the private keys to addresses controlling them. These movements appear to show that some are just holding onto their coins.