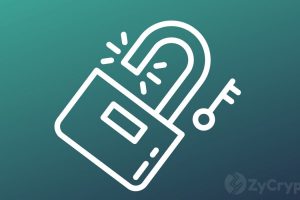 Bitcoin’s second-quarter price predictions reveal that observers and analysts were only scratching the surface months ago, when they betted on Bitcoin leaping only a few dollars higher than its current price. Even then, the forecasts were considered extremely bullish, and almost unrealistic to a few. But this month, industry players are now giving the market a lot more to look forward to. 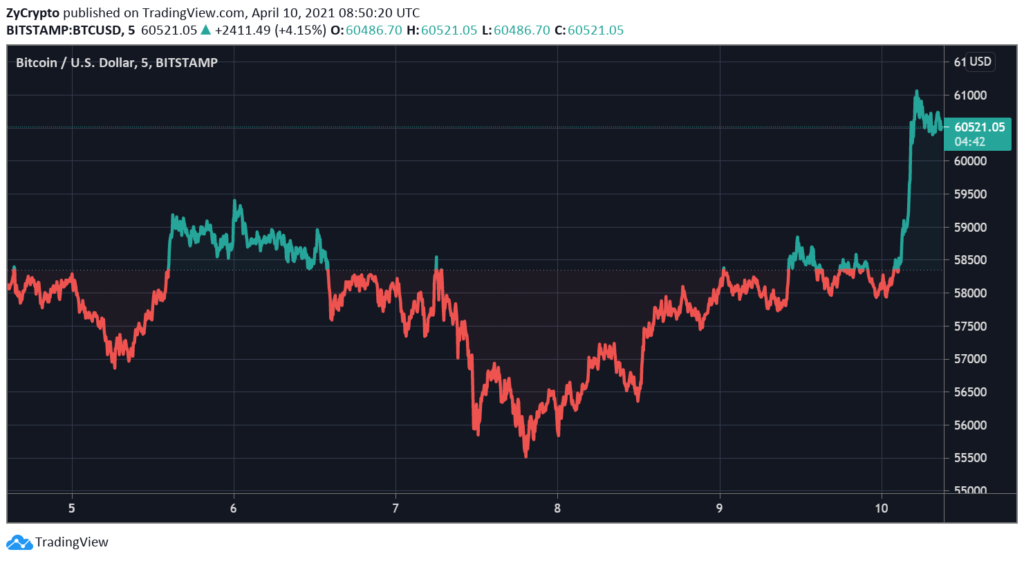 Bloomberg turned heads earlier when it revealed in its Crypto-outlook report that Bitcoin could hit $400,000 this year; one of the highest Bitcoin price predictions made this year.

According to Bloomberg’s technical analysis as depicted in the graph below, the rest of the year looks very bullish for the dominant cryptocurrency. This means Bitcoin can imitate historic patterns. Two main factors that can be associated with previous Bitcoin bull rallies include low volatility and halvings, both of which according to Bloomberg’s data are aligned in Bitcoin’s favor. 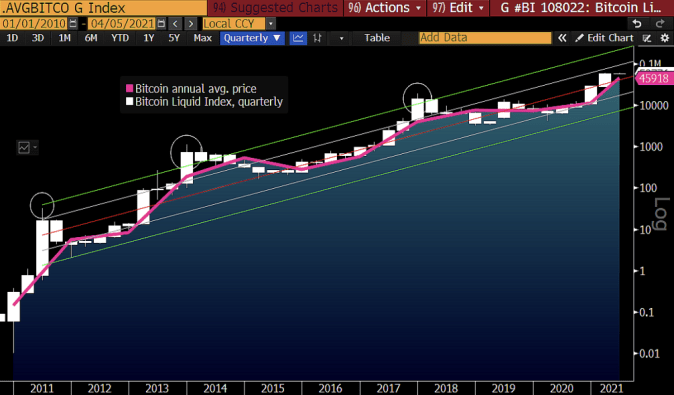 Bitcoin closing at $400,000 would imply that prices surge 8x from now. This would be determined by a series of events witnessed in the coming months. But from historical data, institutions and long-term hodlers are great influencers of Bitcoin’s valuation.

Hence, their buying and selling habits will play a major role in swaying prices. Recently, on-chain data revealed that long-term Hodlers have begun to increase their position in the market for the first time since the bull run began. This was captured in Glassnode’s chart below, as net positions flipped to green for the first time in 5 months, showing that selling pressure is reducing. 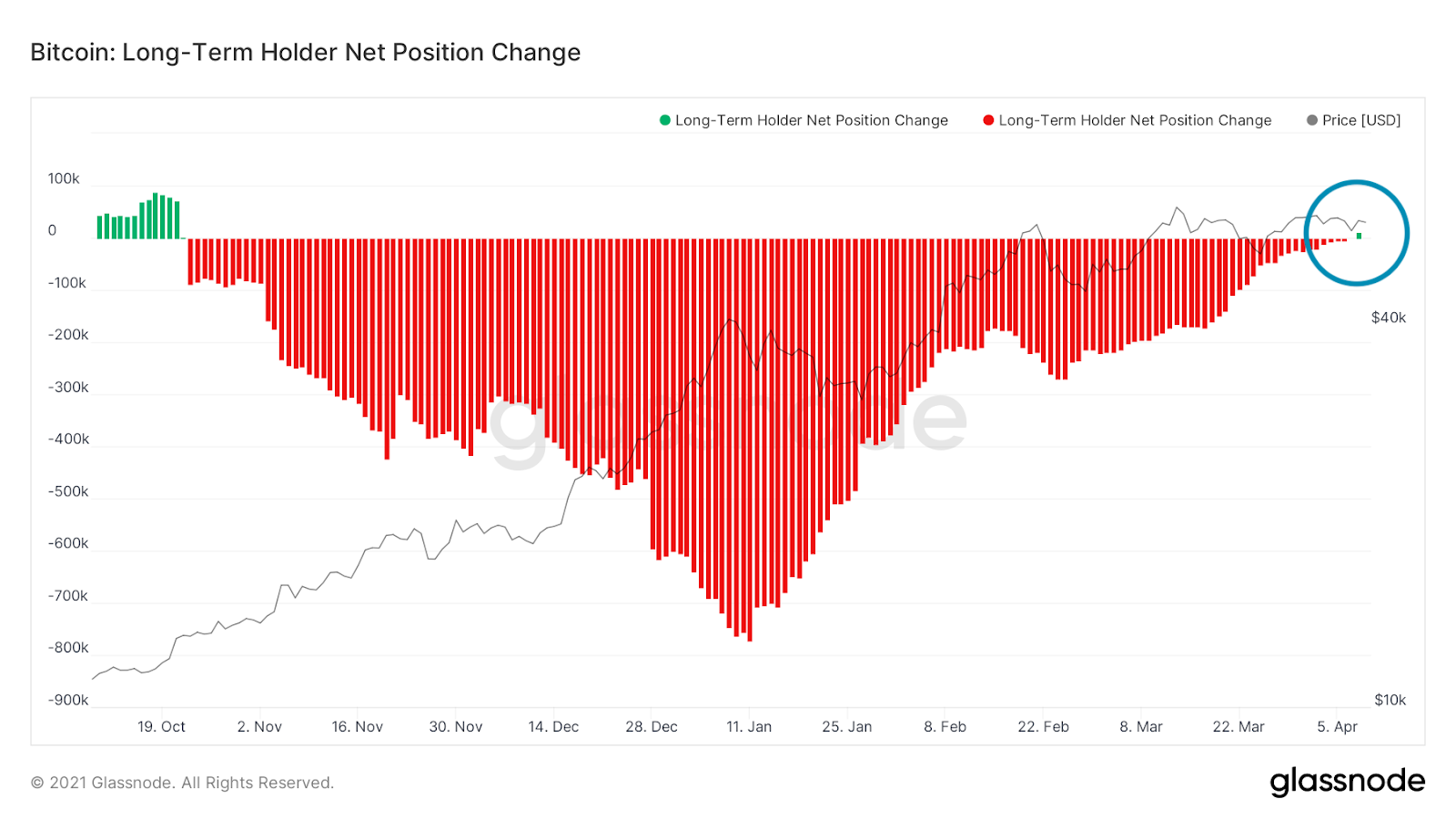 Notably, the section that has Crypto-Twitter excited is the emphasis the report places on Bitcoin’s performance against gold. Setting the records straight for Bitcoin once again, Bloomberg reveals that Bitcoin is replacing gold at a much faster pace. The asset’s maturation process is accelerating quickly, placing Bitcoin at the forefront.

“In addition to plenty of maturation potential for nascent Bitcoin, the crypto has a clear edge that should further pressure its volatility vs. gold’s — Bitcoin supply is fixed.”

The risk of holding Bitcoin which includes high volatility is being swept under the rug, as Bitcoin’s finite supply and price value seem to be making up for the downsides.

As noted in the report :