Home » Bitcoin » Bolt From The Past: The Mt. Gox Incident

Bolt From The Past: The Mt. Gox Incident 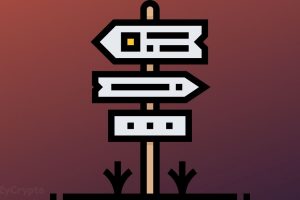 In 2014, Bitcoin faced one of the sternest tests in its history after Mt. Gox’s 800,000 BTC was lost to hackers in a move that left many investors scratching their heads. Seven years later, we take a look at the iconic events that led the exchange to shut down its operations.

Mt Gox – A Behemoth Of Its Era

The domain name for Mt. Gox was first owned by Jed McCaleb and was originally designed to be a platform for trading cards from the fantasy game, Magic: The Gathering Online. A few years later, Jed handed ownership of the platform to Mark Karpeles after converting it into a Bitcoin exchange.

In no time, the exchange grew to be the largest in the world and at its peak, handled over 70% of all BTC transactions. However, with great power comes great responsibility. Mt Gox was soon faced with lawsuits and security breaches leading to the loss of funds.

Despite the streak of hacks, nothing could prepare users for the big one in 2014 that eventually drove the company into bankruptcy. A staggering 744,408 BTC was pilfered from the exchange’s hot wallets and the uproar that was caused led to Mark Karpeles’ resignation from the Board Of The Bitcoin Foundation. Mt Gox suspended all trading while Bitcoin fell by a staggering 35% in the weeks that followed.

At the time of the theft, the worth of the BTC was around $400 million that makes it the largest crypto heist at that time. Mt Gox quickly filed for bankruptcy to stave off legal wars. In a twist of fate, the company discovered almost 200,000 BTC in an old wallet which reduced the burden that the company faced.

CEO Mark Karpeles was arrested in 2017 on allegations of data manipulation and embezzlement which led to jail time for him. Furthermore, as investigations deepened, the FBI formed a connection with Alexander Vinnik for his role in laundering the stolen Bitcoins.

The Mt. Gox incident served as a wake-up call for exchanges to beef up their securities in the protection of customer’s assets and 7 years down the line Bitcoin has recovered from the devastating incident to set new highs for itself.

The hack of cryptocurrency exchanges is a worrisome trend in the crypto space and revisiting the first major hack may provide a way out. The Mt Gox hack was a clear example that big exchanges can fail if proper precautions are not taken. For its time, it was the largest exchange hack and left an indelible mark in the minds of cryptocurrency enthusiasts.