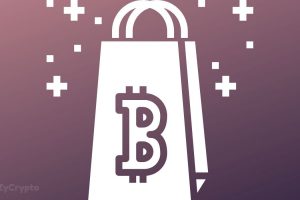 The mayor of Rio de Janeiro intends to put 1% of the city’s Treasury reserves into cryptocurrencies. He wants to turn the second-most populous city in Brazil into a hub for cryptocurrency.

Speaking at a panel during the Rio Innovation week on Thursday, Rio de Janeiro mayor, Eduardo Paes, revealed plans to invest a portion of the city’s reserves in Bitcoin. “We are going to launch Crypto Rio and invest 1% of the treasury in cryptocurrency,” Paes reportedly said according to a report by Brazilian newspaper O Globo.

The event was also graced by Bitcoin-loving Miami mayor Francis Suarez, as well as other top Rio de Janeiro officials such as Finance Secretary Pedro Paulo. According to Paulo, the city’s administration is also exploring how to apply discounts to property tax payments made in Bitcoin. At the moment, citizens in Rio already enjoy a 7% discount on property taxes, but with the proposed amendment, this discount could be as much as 10% if paid in bitcoin.

Rio is putting the pieces in place — particularly the legal framework — to make this possible. The city could release a formal directive today creating a working group that would take care of the technicalities encompassing the city’s planned bitcoin investment.

First Brazilian City To Put Bitcoin On Its Balance Sheet

Suarez, who collects his paycheck in Bitcoin and previously revealed plans to allocate a part of Miami’s Treasury assets to his favorite cryptocurrency, shared his view on Rio de Janeiro’s imminent Bitcoin policy. He noted that Rio’s connection to Miami is paramount as they are both global cities. The two beachside cities attract a multitude of individuals and businesses across the globe, thus embracing cryptocurrencies to some extent is important.

Simply put, the possible crypto adoption would be a huge step for the development of Bitcoin given Rio’s economy is one of the largest in South America and among the fastest-growing internationally.

The development in Rio de Janeiro comes as the government of Brazil softens its stance on crypto and blockchain technology, with congressman Luiz Goularte Alves recommending a bill in Nov. 2021 to enable public and private sector workers to be paid with Bitcoin.

If Mayor Eduardo Paes is successful in his bitcoin experiment, Rio will become the very first city in Brazil to buy the world’s most popular cryptocurrency.