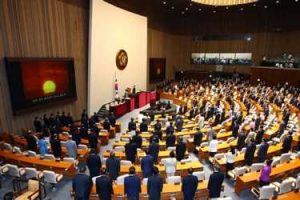 Capital Requirements for Bitcoin Remittance Companies Lowered in South Korea
The popularity of bitcoin in South Korea has been actively growing in the last couple of months, but recent reports indicate that things are about to get a lot more interesting.
A new document, which has recently appeared, showcases that the government of South Korea, is considering the idea of allowing bitcoin remittance organizations to lower the capital requirements to start up their services. It’s well-known that South Korea has always been open-minded when it comes down to bitcoin, which is great news for the market.
Reports, therefore, indicate that new regulation will soon be introduced on the market, which will allow Bitcoin remittance companies to reduce their capital requirements, thus opening doors to numerous more companies which wanted to join this sector, yet did not fulfill the large capital requirements imposed by the government until now.
Therefore, this important decision made by the South Korean Ministry of Strategy and Finance will come into effect starting from the 18th of June, and require companies to only need to pile-up 1 billion in Korean Won, which is basically half of the current requirement. This will also allow smaller companies to compete in both the local and international remittance markets, thus allowing for a positive development for Bitcoin in South Korea, but also in other regions of the world.
Based on everything that has been outlined so far, what do you personally think about the decision of the South Korean Ministry of Strategy and Finance to halve the capital requirements for Bitcoin remittance companies operating in the country? Will this have an impact on the overall value of the digital currency once the changes come into effect? Let us know your thoughts in the comment section below.