Cryptos Rise Even As Markets Digest The FTX Developments 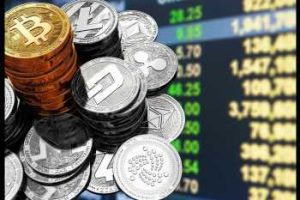 Cryptocurrencies gained 1.36 percent in the past 24 hours amidst continuing revelations of the cascading effects of the FTX implosion. The unveiling of the actual situation at FTX, the bankruptcy proceedings and the ramifications of the FTX downfall on the wider crypto space continued to dominate headlines.

In an important development concerning the fight for the bankruptcy jurisdiction, attorneys for FTX filed a declaration in the Delaware court stating that the mysterious movement of funds after the FTX filed for Chapter 11 were at the behest of the Bahamas government. The declaration stated that in connection with the investigating of a hack on November 13, Mr. Bankman-Fried and Mr. Wang stated in recorded and verified texts that “Bahamas regulators” instructed the post-petition transfers of Debtor assets and that such assets were “custodied on FireBlocks under control of Bahamian government”.

The Securities Commission of The Bahamas has since confirmed in a press release that in exercise of its powers as regulator acting under the authority of an Order made by the Supreme Court of The Bahamas, it took the action of directing the transfer of all digital assets of FTX Digital Markets Ltd. to a digital wallet controlled by the Commission, for safekeeping. Urgent interim regulatory action was necessary to protect the interests of clients and creditors of FDM, it added.

The actual situation at FTX too has come as shocker for the crypto community. John Ray III, the new CEO of FTX has in his filing before the bankruptcy court made a stinging criticism of the unprecedented situation at FTX.

In the written submission, the turnaround CEO states that never in his career has he seen such a complete failure of corporate controls and such a complete absence of trustworthy financial information as has occurred here. From compromised systems integrity and faulty regulatory oversight abroad, to the concentration of control in the hands of a very small group of inexperienced, unsophisticated and potentially compromised individuals, the situation was unprecedented, he submitted.

The FTX Group has in the meanwhile announced that it has established Kroll as its claims’ agent. Currently 8 claims are seen listed in the restructuring administration firm’s Claims list. The omnibus hearing in respect to the case is scheduled for November 21.

Anxiety surrounding an FTX-triggered contagion in the crypto world also dominated headlines. The Wall Street Journal has reported that cryptocurrency lender Genesis had sought an emergency loan of $1 billion from investors before it told clients it was suspending redemptions this week.

Likewise, CoinGape has reported that crypto venture firm MultiCoin Capital has told investors that the FTX collapse pushed the fund down by a staggering 55 percent over the last month. The report also mentions that since FTX is currently wrapped up in bankruptcy proceedings, MultiCoin Capital prefers to write them down to zero.

Bitcoin, which dominates 38.5 percent of the overall crypto market is currently trading at $16,780 up 1.44 percent on an overnight basis.

Ethereum, which dominates 17.8 percent of the overall crypto market is currently trading at $1,218. Ether has gained 2 percent in the past 24 hours but is still 2 percent lower on a weekly basis.

Tether (USDT), the top ranked stablecoin which dominates 7.9 percent of the overall crypto market traded between $0.9996 and $0.9993 in the past 24 hours, continuing the divergence from the $1 peg.

Among the top 10 cryptos, 7th ranked XRP (XRP) is the highest gainer with gains of close to 3 percent.