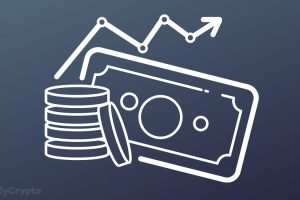 Bitcoin has rallied in the past week as regulatory tension cools off and the overall sentiment turns bullish. The world’s largest cryptocurrency once again broke above $1 trillion as the price surpassed $55,000. With the latest surge, most investors are in the green, including El Salvador.

According to President Bukele, the poor Central American nation has raked in approximately $4 million in profits from its Bitcoin Trust that Congress approved back in August to enable transactions between the cryptocurrency and the U.S. dollars. He said via a series of tweets on October 10 that some of these returns would be directed towards the construction of a veterinary hospital.

“By the way, we’re not selling any #BTC, we’re using the USD part of the trust since the BTC part is now worth more than when the trust was established. By the way, the Pet Hospital will probably appreciate in relation to the USD. #Bitcoin on the contrary, is a deflationary currency,” he added.

The Salvadoran president further noted that the pet hospital will be able to handle 384 consultations, 128 emergencies, 64 surgeries, and 32 x-rays on a daily basis.

Bukele first announced his embrace of bitcoin as a legal tender in June during the Miami conference. The Bitcoin Law was later officially passed in September, making El Salvador the only nation in the world to make bitcoin legal tender on a par with the United States dollars. El Salvador launched the Chivo Bitcoin Wallet and also slashed petrol prices to promote the cryptocurrency’s use.

The controversial law has earned Bukele both admiration and criticism from onlookers. MicroStrategy’s Michael Saylor, Caitlin Long, and popular podcaster Peter McCormack have expressed support for the president’s bitcoin enthusiasm.

However, not everyone is thrilled with the uncharted Bitcoin gambit. A string of protests has erupted in El Salvador as some citizens voice their opposition to the law they believe is only a means for President Bukele to extend his authoritarian regime.

Most recently, Ethereum co-founder Vitalik Buterin suggested that the cryptocurrency community should not praise Bukele for forcing local business owners in the country to accept bitcoin as it is contradictory to the principles of freedom that are crucial to the cryptoverse.

“This tactic of pushing BTC to millions of people in El Salvador at the same time with almost no attempt at prior education is reckless, and risks a large number of innocent people getting hacked or scammed. Shame on everyone (ok, fine, I’ll call out the main people responsible: shame on Bitcoin maximalists) who are uncritically praising him.”

It remains to be seen how the Salvadoran populace will react to President Bukele’s latest bitcoin-funded pet project.