Instagram Influencer Scams Followers Out Of Millions In Bitcoin 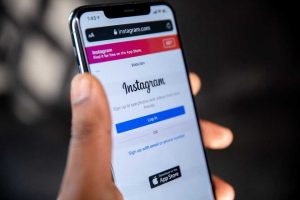 By the way of network effect, each new market cycle brings more and more attention to Bitcoin. The price per coin rises as more investors pile in looking for a piece of the profits the cryptocurrency is known for providing over the years. At the same time, however, it also attracts more criminals, scammers, and crooks to the cryptocurrency space.

The scammers aren’t always hidden behind fake accounts, or are cyber hackers on the other side of the planet. In fact, some are brazen enough to scam their own followers on social media. A developing story involving millions in stolen Bitcoin is an example of why even well-known influencers cannot be trusted when it comes to crypto.

Here’s the break down of what happened, and how you can take steps to avoid similar scams yourself.

Federal investigators are charging Jegara Igbara – who uses the alter ego Jay Mazini on social media – with defrauding his followers out of millions of dollars worth of Bitcoin.

Igbara had lured victims by offering “3.5 to 5% over market rates,” claiming that the exchanges he uses had begun to limit how much Bitcoin he could buy at once. Under the Jay Mazini guise, Igbara had amassed an Instagram account with over 1 million followers, where he had shared videos of himself gifting cash to others.

Documents reveal that at least $2.5 million worth in total was stolen, with one victim alone sending Igbara 54 BTC – in which Igbara only wired $500,000 of his part of the total transaction.

Accounts have since appeared on Instragram named “Jay Manzini is a scam” where screenshots of upset followers are being shared.

How Bitcoin Investors Can Protect Themselves From Scams

“Buyer beware when making purchases of Bitcoin or any other cryptocurrency over social media,” said Jonathan Larsen, an investigator for the Internal Revenue Service. But how?

For one, if a situation seems too good to be true, such as the overly high exchange rates in this scenario, then it probably is. Second, when dealing with crypto or even cash, only transact with a reputable third-party. Exchanging coins with an individual you don’t know increases any risk of loss exponentially.

Avoid any offers for free cryptocurrency on social media, especially if an account is offering free crypto in exchange in return for some being sent first. This is a common scam. Even if the account appears to be Elon Musk, or even is his account, be careful – the account could be a fake or a real account that’s been compromised.

Yes, even real verified accounts carry risk. Igbara himself is a real person, with a real account, albeit using a phony pseudonym and was hiding bad intentions. Crypto is full of seemingly friendly pseudonyms that very well could also have such ulterior motives.

Other reliable tips include never disclosing to anyone that you hold crypto, stick to two-factor authentication that doesn’t rely on SMS, and to use unique passwords for each crypto exchange account. For long-term coin storage, moving them to a hardware wallet is safest, but even that can pose risks, and requires in-depth research on privacy as well as personal operational and computer security.