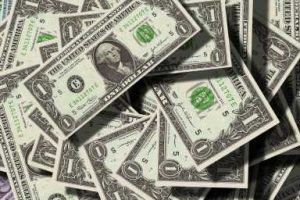 Recently, highly respected equity research analyst and investment strategist Lyn Alden talked about how stablecoins are being used and how they will be used to solve real world problems over the next decade.

Alden, who provides equity research and investment strategies for clients, made her comments during an interview with Anthony Pompliano, where she highlighted the “significant” role that stablecoins are playing on the digital currency landscape and their potential for further uses.

Alden noted that stablecoins currently serve as a unit of account for “a lot of trading platforms,” including both centralized exchanges and decentralized finance (DeFi) markets.

As reported by The Daily Hodl, she said,

It’s basically a digital representation of dollars. It’s still dollars. I’m not talking about the algorithmic variety, but the actual fiat-collateralized variety. Those are just dollars in this kind of more efficient wrapper.

The investment strategist also claimed that stablecoins played a role in certain countries and emerging markets by dampening the volatility of fiat currencies. She said stablecoins were useful in nations with failing currencies, such as Argentina, and giving people an option for “intermediate-term savings.”

Alden told Pompliano that stablecoins would increasingly be useful to help meet the demand globally for U.S. dollars. She noted that stablecoins provided a technology for individuals around the world to obtain dollars, despite the banking networks and availability afforded by their government.

She highlighted Lightning Labs’ Taro protocol, which allows the low-cost transfer of dollars using Bitcoin’s network, as a potential boon for stablecoins:

That’s why I also think that there’s cool things like Taro on Lighting that could potentially bring stablecoins over to Bitcoin and it just becomes whatever network is most efficient to transact those dollars around because those are less about pure decentralization and more about what can give people access to a cheap ability to access that foreign central hub of dollars.