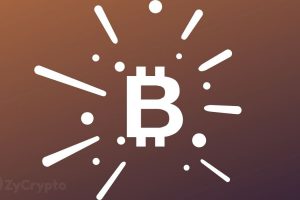 Bitcoin miners in Iran have been ordered to stop their operations. Per a Bloomberg report, the Western Asian country directed all authorized cryptocurrency mining centers to shut down to reduce the strain on the electricity grid and avoid blackouts.

The announcement, which was made by Mostapha Rajani Mashhadi, the director of Iran Grid Management Co., added that the ban on mining will be in place till March 6, 2022. The move will see about 209 megawatts of power freed up and made available for Iranian households during the winter.

Mashhadi also revealed that the country would be cracking down on illegal Bitcoin mining which is estimated to account for up to 600 megawatts of power consumption in the country. The latest Bitcoin mining ban is the second time the country has halted crypto mining operations to free up power for household use in less than 12 months. The first ban occurred in May 2021, shortly after China also showed miners the door, and ended in October.

Energy is still a major challenge to the Bitcoin network

Similar to Iran, Kazakhstan is facing an energy problem that they attributed to being caused by the recent surge in Bitcoin mining in the country. Kazakhstan’s contribution to the hashrate of Bitcoin rose considerably to reach 18.1% this year after Chinese miners migrated to the Central Asian country. They are taking similar steps with Iran also to free up power for household use.

Aside from finding cheap and sustainable sources of energy to power Bitcoin mining operations, the industry also faces challenges in getting access to hardware, capital, and talent. The political risks are also substantial for the industry as regulations are not entirely clear across the world.

The way forward for Bitcoin mining

Despite the challenges, Bitcoin proponents are optimistic they can be surmounted as the industry matures and there is more widespread awareness, collaboration, and problems solved. The belief stems from the strong value proposition of Bitcoin as a way to give financial freedom to millions of people.

Some of the best minds in the crypto-community including the CEO of Block, Jack Dorsey, are taking the initiative to solve the nagging problems of Bitcoin mining.