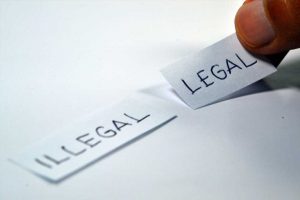 Officials from Japan’s Financial Services Agency (FSA) have announced that it will begin “full surveillance” of cryptocurrency exchanges operating in the country. According to the Japan Times, the government agency will ensure that exchanges for Bitcoin and other cryptocurrencies have proper internal systems to protect customer assets. A 30-member surveillance team built from agency and local finance personnel was recruited last month to check on customer asset management and cyber crime protection. The FSA did not rule out on-site inspections of business premises.

Expected to be operational by October, the move will mark the final step of a national regulation process that began three years ago in the wake of the Mt. Gox scandal. Then the world’s largest exchange service for Bitcoin, Mt. Gox claimed that it lost around $480 million worth of Bitcoin to an alleged hack and/or lax security practices.

The resulting closure and arrest of CEO Mark Karpeles sent shockwaves throughout Japan’s financial sector, prompting the finance vice minister Jiro Aichi to call for international regulation of cryptocurrencies. Fearful of another repeat of Mt. Gox, legal and financial experts agreed that a national-level intervention aimed at protecting users and preventing money laundering would be the first realistic step.

Recognition for Bitcoin and the exchange industry

The first tangible result happened in mid-2016 when lawmakers finally passed legislation that would put crypto exchanges under the watchful eye of the FSA. They gave themselves a year to finalize the draft, and by November, Mitsui Sumitomo Insurance introduced insurance that would cover losses and damages at Bitcoin exchanges. As the final legislature took shape in January, it became clear exchanges would need to register with the FSA using a working capital of at least 10 million yen ($85,000) and comply with regular audits.

By April 2017, Japan amended its fund settlement law, formally recognizing Bitcoin as a legal mean of payment and opening the door for exchange registration. Four months later, the FSA reported that it was reviewing compliance for 50 Bitcoin exchanges who had filed for registration. At least one – Coincheck – announced that it had successfully obtained FSA approval last week. Not everyone is pleased, however. Critics of the FSA say that Japan’s foremost financial watchdog isn’t doing enough. For example, apart from Bitcoin, Ethereum is the only other cryptocurrency recognized by the agency. Others wonder if the FSA’s priorities are correct, pointing to its roundly mocked attempts to regulate other digital currencies such as Pokemon Go’s PokeCoins.

Nevertheless, the local Bitcoin exchange industry will breathe a sigh of relief. Only weeks earlier, the Chinese government’s crackdown on Bitcoin trading essentially moved Japan up among the world’s largest Bitcoin markets. Japan may not have foreseen the timeliness of their regulatory measures, but as governments and central banks in and around the region scramble to form their own response to China’s stance, the FSA may yet offer the blueprint for a safe and structured approach to legitimizing Bitcoin.