Home » Bitcoin » Jeffrey Gundlach Is Right in the Middle on BTC

Jeffrey Gundlach Is Right in the Middle on BTC 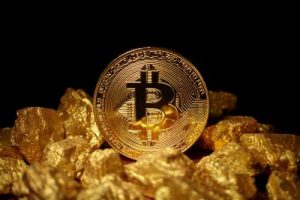 When it comes to bitcoin, it’s quite possible to be right in the middle. You don’t have to be Warren Buffett, where no matter how high the coin goes, you can’t send any compliments towards it. You also don’t have to be Tom Lee, who is often praising the currency and predicting big things for it – even when its traversing the doldrums. You can be right at the center of a bitcoin argument, and proof of that exists in “Bond King” Jeffrey Gundlach.

In a recent interview with CNBC, Gundlach commented that he is not at all a bitcoin hater. However, he does feel that it’s presently traveling through “bubble territory” and has been doing so ever since it hit a price of $23,000. Right now, he’s not feeling too good about where the asset is.

This might sound strange considering even after a recent hit, the currency is still trading beyond the $30,000 mark. For the most part, bitcoin is still doing quite well when compared with other assets, but Gundlach isn’t too crazy about the higher levels it’s been reaching. He explains:

One of the problems, he states, is that the runoff occurred too quickly, which often will lead to mega corrections that some traders can never recover from. This is exactly what happened after 2017. During the final month of that year, bitcoin hit its then all-time high of more than $19,000 per unit. However, in the following months, the currency began to experience mega dips that ultimately saw it losing roughly 70 percent of its value by the time Thanksgiving of 2018 rolled in.

Many people bought into the BTC hype and decided to jump aboard the bandwagon. Sadly, they likely weren’t expecting the dips that occurred not long after. As a result, they wound up losing more than they could handle.

At press time, despite the recent dip, bitcoin is still up roughly 89 percent over just the last month alone, so we’re probably not at the same level of worry just yet, but Gundlach is still not convinced that everything is honky dory. He mentions:

People seem to be so much on one side of the boat that I just really don’t believe the boat can sail that well, and I think that’s where bitcoin is on the bullish side right now.

Neither For or Against?

For the most part, Gundlach doesn’t appear to be either here or there on bitcoin. In a webcast last month, he commented:

I’m not a bitcoin pro or con person. I’m not in the cult, and I’m not in the anti-bitcoin cult. I just look at it as a fascinating representation of animal spirits and speculation.