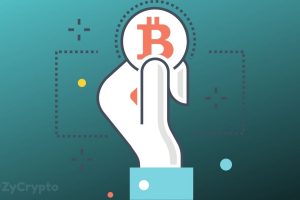 MicroStrategy, the publicly traded company with a 129,218 BTC-strong treasury published its Q1 2022 earnings report on Tuesday.

According to MicroStrategy’s latest financial results, the company took a digital asset impairment charge of $170.1 million. This is significantly higher than the $146.6 million in the fourth quarter of 2021.

In accounting language, an “impairment charge” is a figure given to describe a recognized reduction in the recoverable value of a fixed asset. In the case of volatile assets like crypto, reductions happen when the price plummets. In other words, the value of crypto assets must be recorded at their cost and have to be adjusted if their value goes down. If the price skyrockets, however, that is not reflected and you can’t claim your company is now worth more because the value of your crypto holdings shot up.

In the U.S. Securities and Exchange Commission (SEC) filing, MicroStrategy declares that on March 31, 2022, the carrying value of its bitcoin holdings amounted to $2.896 billion, indicating $1.071 billion in total impairment losses since the acquisition.

MicroStrategy’s bitcoins currently held in the treasury were acquired for $3.967 billion, reflecting an average cost per bitcoin of approximately $30,700, the company reported. Notably, this value is below the current market price of around $38,900 and also well below this year’s lowest price of $33K.

MicroStrategy started purchasing bitcoin during the pandemic-induced economic turmoil in August 2020 to utilize it as a treasury hedge instead of the United States dollar.

For close to two years now, the business intelligence firm’s CEO and chairman Michael Saylor has taken several adventurous steps to get liquidity to acquire more Bitcoin, including offering convertible senior notes and rolling out a common stock offering.

Saylor has also been a vocal acolyte of bitcoin and constantly uses his position to reach global audiences. Most recently, his firm secured an interest-only loan of over $200 million from cryptocurrency payments provider Silvergate backed by a certain section of BTC held in MicroStrategy’s collateral account. This loan will help the company potentially purchase more bitcoin.

However, there have been allegations that Saylor has been quietly dumping bitcoins and that his assertions of holding their stash for the next 100 years were misleading. The reports claimed that Saylor has in fact already sold over 8,000 BTC.

The CEO refuted these claims of dumping bitcoin. Moreover, the latest earnings report also suggests the allegations are untrue. But given the losses incurred on its holdings, the Virginia-based company which has basically transformed itself into a de facto Bitcoin fund, could see pressure from shareholders to sell in order to boost its profitability. Still, there are currently no signs that Saylor has plans to sell the pioneer cryptocurrency in the near term.

Saylor has previously revealed that MicroStrategy is looking into opportunities to use the funds not dedicated as collateral to generate yield, but the company has not committed to any plans yet.