Home » Bitcoin » Public Companies Hold A Combined $11.8 Billion Worth Of BTC On Their Balance Sheet – See The Leading Firms

Public Companies Hold A Combined $11.8 Billion Worth Of BTC On Their Balance Sheet – See The Leading Firms 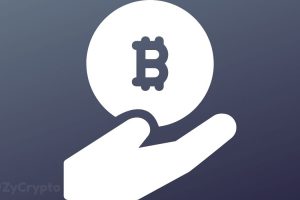 Public companies ramped up their Bitcoin purchases in 2021 and the new holdings are interesting to see. So far, 36 private countries made the leap to embrace Bitcoin as several others mull over the decision.

The Big Boys Of Bitcoin

According to data gleaned from buybitcoinworldwide.com, public companies are forging a distinct path in terms of Bitcoin purchases. The report notes that 36 publicly traded firms are holding the combined sum of 244,623 BTC that is worth around $11.7 billion.

The firms are led by MicroStrategy that holds a staggering 124,391 BTC on its balance sheet. On the way to the top, MicroStrategy employed an aggressive purchasing system that saw the company accumulating BTC at every major dip. MicroStrategy made its first BTC purchase back in 2020 when it first purchased 21,454 BTC for $250 million and since then, the software company’s BTC holdings sit at nearly $6 billion.

Tesla comes in second place with 42,902 BTC which has a value of just over $2 billion. The company made a landmark purchase of $1.5 billion worth of BTC back in February and since then the investment has reaped gains for the automobile giants. Voyager Digital LTD ranks third with 12,260 BTC worth over $500,000,000 and translates to 0.058% of all Bitcoins in existence.

Square, now known as Block, a company founded by Jack Dorsey holds 8,027 BTC on its balance sheets and has shown a desire to play a major role in Bitcoin’s adoption. The company serves as the parent company for the payments platform, Cash App, which allows individuals to make Bitcoin purchases. Bitcoin mining firm Marathon Digital Holdings has over 7K BTC in its coffers with a significant portion coming from the mining of the asset.

El Salvador became the first country in the world to elevate the cryptocurrency to the status of legal tender. Since adoption in September, the small nation has steadily increased its Bitcoin holdings to over 1,300 BTC with President Nayib Bukele hinting towards more purchases

Private companies have also increased their cache of Bitcoin holdings this year. Block.one leads the pack with 140,000 BTC and is followed by The Tezpos Foundation with 17,500 BTC. Stone Ridge Holdings Group, Massachusetts Mutual, and Lisk Foundation occupy third, fourth, and fifth place.