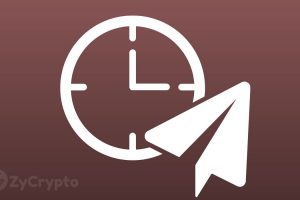 “Crypto Mom,” a title that was unofficially assigned to the U.S SEC Commissioner Hester Peirce by crypto users for her unending support for digital currencies might once again be paying off for the crypto ecosystem. The commissioner who recently sat down with Forbes addressed a lot of crypto-related questions that users have been itching to know.

Among the many Bitcoin-related questions Hester answered, her response to the possibility of a Bitcoin exchange-traded fund being approved is one of the most notable.

US investors who are looking to benefit from the perks of a bitcoin ETF have been hopeful that the recent proposals are considered and potentially approved. Per our previous report, the SEC acknowledged VanEck’s Bitcoin ETF, which is now awaiting a final verdict in April.

“My view has been that we’re overdue on approving one of these things. I also think we’ve dug ourselves into a bit of a difficult hole by setting standards for approval that are difficult to figure out how to satisfy. So I really don’t know where we’re going to go.” She told the interviewer.

Reminding the public that it’s crucial to note that the price of Bitcoin does not influence the decision-making process, she said: “What the price of bitcoin is doing is really not the business of the SEC. That’s not what we look at when we’re looking at other underlying markets.”