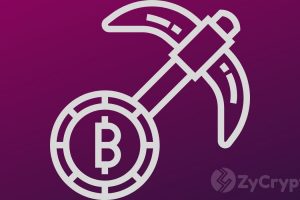 With the world’s second-largest Bitcoin mining hub at the cusp of shutting down operations following deadly power outage protests, Spain on the other hand seeks to seize this opportunity, with lawmakers pushing for laws to attract miners from Kazakh.

The latest response is coming from Maria Munoz, a member of the Congress in Spain and the Ciudadanos party. Apart from proposing crypto-friendly laws as early as October 2021, has her eyes are now fixed on fronting Spain as the best destination for Bitcoin miners following Kazakhstan’s demonstrations.

“We propose that Spain position itself as a safe destination for investments in cryptocurrencies to develop a flexible, efficient and safe sector,” she tweeted on Friday.

According to a report sent to the Bureau of the Chamber of Deputies of Spain, the economist points to the effects of the global hash rate which has plummeted by over 14% in just two days following protests that have rocked Kazakhstan.

She queries President Pedro Sanchez’s government’s next move enquiring whether it plans on seizing the rare chance to host fleeing Kazakh miners. She further seeks to know how energy efficient the local Bitcoin mining industry is in the European nation.

“The position of Ciudadanos in cryptocurrencies is clear (and courageous): a flexible legal framework that allows a development of the sector in Spain and encourages the safe use of crypto,” she added.

Following China’s scathing attack and subsequent ban on crypto mining in 2020, a mass exodus by Bitcoin miners to Kazakhstan unfolded given the abundance of cheap energy generated from the vast coal mines in the central Asian country.

The country, which ranks second by the hash rate at 18% was until recently one of the hospitable destinations for Bitcoin miners. This was until the government began shutting down the internet and power grids over increased fuel prices sparking countrywide protests and trapping Bitcoin miners in the middle.

According to sources, since the ongoing riots are mainly concentrated in the urban area of Almaty, most of the miners are in remote areas. It has not been heard that any miners have been robbed, but they cannot mine because of the network interruption. However, the situation in Kazakstan is, however, de-escalating with the internet being temporarily restored on January 7th. The industry also expects that the country may return to normal next Monday.

Despite claims that bitcoin mining is damaging to the environment, statesmen around the world floating their localities as crypto-friendly have been on the rise.

Various U.S. Senators have sought to redirect some of that immigrating traffic to their jurisdictions with leaders such as Wyoming’s Cynthia Lummis and Texas’ Ted Cruz intensifying the calls for Bitcoin miners.

It now remains a question of if Spain will attract miners from Kazakhstan whose environment is increasingly becoming hostile to their operations.