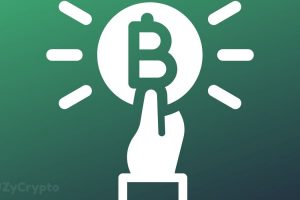 Elon Musk’s electric vehicle company Tesla is teasing a return to the Bitcoin market after months of suspending Bitcoin payments. Tesla revealed this in their September quarterly filing with the Securities and Exchange Commission (SEC), where it stated that the company may restart transacting in digital assets for their products and services.

“We may in the future restart the practice of transacting in digital assets for our products and services,” the filing read, adding that “We believe in the long term potential of digital assets both as an investment and also as a liquid alternative to cash.”

The filing also revealed that the fair market value of digital assets in Tesla’s holdings, as of last month, was $1.83 billion while the carrying value was $1.26 billion. The company previously purchased around $1.5 billion of Bitcoin and for a while this year accepted Bitcoin as payment for its products and services before discontinuing due to concerns about the Bitcoin network’s high energy consumption.

At the time that Tesla announced their decision to stop accepting Bitcoin payments, the cryptocurrency market was hit hard with fear, uncertainty, and doubt as the news happened to coincide with China’s massive crackdown on cryptocurrency mining. The two market-moving events combined to make the value of Bitcoin drop by as much as 50% and continue to struggle for a while.

However, Elon Musk along with his companies may be making moves to re-enter the market due to the fact that Bitcoin is becoming even more promising in today’s market. There is a massive wave of Bitcoin and cryptocurrency adoption sweeping the world as can be seen by the increasing number of countries, institutions, and prominent figures revealing their bullish stance and building products connected to crypto.

In just the past few weeks, the crypto space has welcomed announcements from global giants such as MasterCard and Google that rolled out support for cryptocurrencies in one form or the other. The most recent, MasterCard revealed that the thousands of based banks, fintech firms, and merchants working within its payments network will now be able to offer crypto-related services for their clients, through the new partnership they reached with crypto asset company Bakkt.

Added to growing adoption, regulators and governments are also coming to terms with the fact that cryptocurrencies are here to stay. Russia’s president Vladimir Putin buttressed this point recently, stating that cryptocurrencies could exist as a means of payment. Recent reports also indicate that the country is seriously considering using digital assets as a reserve currency in the future. In the U.S. as well, the SEC’s recent approval of the long-denied cryptocurrency ETFs is a sure sign that cryptocurrency acceptance is growing.

The effect of the recognition the crypto-industry is getting has been shown in the market. The price of Bitcoin has recently been performing very well, even as analysts are predicting that it is bracing for a price takeover that will see it cross $100,000 before the year runs out. This is why it is no surprise that many institutions including Tesla are talking about or have even adopted a digital asset strategy.