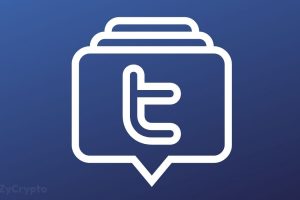 Jack Dorsey is certainly one of Bitcoin’s most ardent proponents and the decision of his social network to introduce the Bitcoin tipping feature doesn’t come as a surprise as it has been under development. The move is seen by crypto enthusiasts as a massive victory but it all hangs on the balance of probabilities.

On Thursday, a ripple of excitement swept through the cryptoverse after it was announced that Twitter will allow users to tip using bitcoin on the network. The feature will first be available to iOS users with Android devices being supported within a few weeks. This has been under development since May as the social network experimented on its practicality with some accounts.

The announcement of the tipping feature introduces Bitcoin to Twitter’s over 330 million active monthly visitors making it one of the single largest adoption of the cryptocurrency. The tipping feature is not new to Twitter as users of the platform could give out tips using fiat through platforms like CashApp and Venmo.

Twitter turns to Strike to provide its lightning wallet service for individuals to receive Bitcoins but takes no percentage from the transaction. The decision for the network to support Bitcoin isn’t surprising given its CEO’s previous affinity for the cryptocurrency. Jack Dorsey has stated that he hopes that bitcoin “creates world peace or helps create world peace” and has stated that he is also focused on introducing bitcoin to DeFi.

Although considered a big win for Bitcoin, the move by Twitter may be construed as shutting out other cryptocurrencies. So far, Twitter has not made any announcement whether or not any other cryptocurrencies may be supported on the platform, and inferring from Dorsey’s affinity with Bitcoin, no new cryptos will be integrated.

The decision to partner with Strike is bound to raise some eyebrows especially given the issues that plagued its partnership with El Salvador. A less than seamless integration of the feature might spell disaster and so, Twitter has to ensure that it gets everything right from the start.

It raises concerns of whether the feature will enjoy mass usage from Twitter users but then, this concern is intricately tied to just how seamless the feature runs. Aside from the Bitcoin tipping feature, the network is looking to introduce a feature that allows users to authenticate their NFT collection.