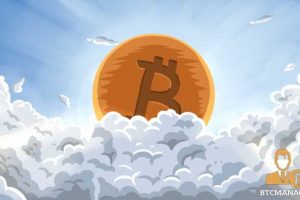 Congressman Kevin McCarthy (R-CA) has stated categorically that the lukewarm albeit draconian approach of U.S. regulators towards bitcoin (BTC) and other cryptocurrencies will have dire consequences for the nation, as other jurisdictions are fast ahead of the U.S. in the digital currency innovation, according to a Forbes report on April 14, 2021.

Indeed, authorities in the United States have taken a rather slow, albeit draconian approach towards cryptocurrency regulations and as the digital currency ecosystem continues to expand, with bitcoin (BTC) leading the charge with a market capitalization of over $1.21 trillion (bigger than all the banks in the world), Congressman Kevin McCarthy (R-TX) has blasted regulators for ignoring the world’s flagship crypto all along.

Per sources close to the matter, McCarthy, the House Republican Minority Leader who was present on CNBC’s Squawk Box on April 13, 2021, was asked whether he feels Treasury Secretary Janet Yellen and Federal Reserve Chairman Jay Powell have a solid understanding of bitcoin and other digital currencies, and he made it clear that the regulators are taking an entirely wrong approach.

“I was right then [in 2019] and I am right now. They tried to ignore it to make it go away. Jamie Dimon will tell you that from the beginning he was wrong.”

It will be recalled that Yellen said earlier in February 2021, that bitcoin (BTC) has no real use cases asides being a tool used by criminals for their illicit deals.

The U.S Must Double Up

What’s more, the 56-year-old politician has urged the U.S. regulators and policy makers to start paying attention to the rapidly evolving world of digital currencies, as other nations, including Asian giants, China are already ahead of the curve.

“Those who regulate…those who are in government that make policy better start understanding what it means for the future because other nations are moving forward especially China. I Want the next century to be ours. I do not want America to fall behind,” he added.