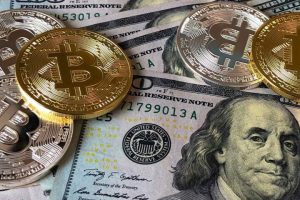 According to Voyager’s press release:

Furthermore, Voyager announced that its subsidiary Voyager Digital Holdings, Inc. (“VDH”) has “entered into a definitive agreement with Alameda Ventures Ltd. (‘Alameda’) related to the previously disclosed credit facility, which is intended to help Voyager meet customer liquidity needs during this dynamic period.”

Apparently, VDH “entered into a definitive agreement with Alameda for a US$200 million cash and USDC revolver and a 15,000 BTC revolver.”The proceeds are “intended to be used to safeguard customer assets in light of current market volatility and only if such use is needed.”

As of June 20, Voyager has “approximately US$152 million cash and owned crypto assets on hand, as well as approximately US$20 million of cash that is restricted for the purchase of USDC.”

“Alameda’s obligation to provide funding is subject to certain conditions, which include: no more than US$75 million may be drawn down over any rolling 30-day period; the Company’s corporate debt must be limited to approximately 25 percent of customer assets on the platform, less US$500 million; and additional sources of funding must be secured within 12 months.”

In the year-to-date period, shares of Voyager Digital are down 94.45%: Alex Hern, who is the UK technology editor for the Guardian, had this to say about Voyager Digital’s risk management process:

Featured Image by “Donbrandon” via Pixabay.com