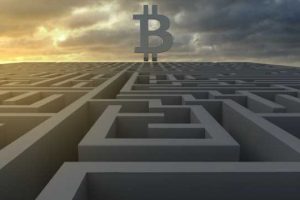 Bitcoin miners got a small break on March 3, after the network’s mining difficulty shifted downward for the first time since November 28, 2021. Bitcoin’s hashrate has remained high meandering between 180 to 220 exahash per second (EH/s) over the last week, but the leading crypto asset’s price has shed more than 3% during the last 24 hours.

At that time, estimates expected the mining difficulty to increase by 1.18% to 27.64 trillion. However, the March 3, 2022, difficulty change at block height 725,760, decreased for the first time in months. In fact, the last mining difficulty decrease the network experienced was recorded 96 days ago on November 28, 2021. The decrease on Thursday was a 1.49% change lower bringing the difficulty down to 27.55 trillion.

While it’s not much of a change, it does make it 1.49% less difficult for a bitcoin miner to find a BTC block subsidy often referred to as a block reward. Prior to the downward shift, the network saw a total of six consecutive mining difficulty increases, which made it much harder for mining participants to find block rewards.

The second-largest mining pool over the three-day span is Bitmain’s Antpool with 15.62% of the global hashrate. Antpool has found 67 blocks in 72 hours leveraging 30.95 EH/s of processing power. There are approximately 11 known BTC mining pools today, while unknown hashrate commands 1.64% of the world’s BTC hashpower, with around 3.24 EH/s of SHA256 processing power.