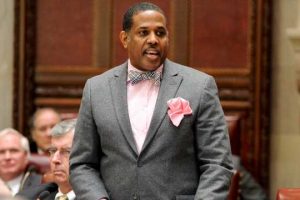 U.S. bureaucrats, particularly Democrats, are concerned about climate change and have introduced lots of legislation in order to address these concerns. Now a lawmaker from New York wants to establish a moratorium for bitcoin mining facilities located in the state, which means cryptocurrency miners in New York would have to halt operations. Senator Kevin Parker (D) believes bitcoin mining has a negative environmental impact and businesses would have to pass state greenhouse gas emission targets in order to continue.

Mainstream media and politicians worldwide are concerned about the environmental impact bitcoin (BTC) or cryptocurrency mining will produce in the future. Bitcoin mining leverages large amounts of electricity in order for miners to process blocks and secure the network.

The United States has increased its population of bitcoin miners in recent years, and there are a number of bitcoin mining facilities in upstate New York. Bureaucrats from the state do not like cryptocurrency mining because it is “energy-intensive.”

In the recently submitted legislation proposed in the New York Senate called “Bill 6486,” Senator Kevin Parker and Rachel May (D) stress that crypto mining “threatens not only New York’s climate goals, under the CLCPA, but also global energy policy, such as the Paris Agreement.”

[This Bill] establishes a moratorium on the operation of cryptocurrency mining centers; provides that operation of a cryptocurrency mining center shall only be authorized following completion of a full generic environmental impact statement review and a finding that such center will not adversely affect the state greenhouse gas emission targets in the climate leadership and community protection act of 2019.

NY Lawmakers Aim to Conserve and Protect the State’s Environment

The halt on mining operations would be a “three-year moratorium” and the “Environmental impact statement shall be subject to 120 days of public comment from the date of issuance,” the bill notes. Further, New York’s Department of Environmental Conservation will conduct a public hearing in each of the seven regions located in the state.

The bill says that the main reasoning for the three-year moratorium on crypto mining is because of the threats climate change can do to New York’s environment.

Democrat Senators Kevin Parker and Rachel May insist that it is the policy of New York to improve such things and conserve and protect the state’s environment.