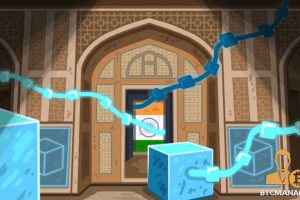 The securities watchdog of India, SEBI is betting big on distributed ledger technology (DLT) for the monitoring and recording of financial instruments from 2022 onwards.

The Securities and Exchange Board of India (SEBI) announced yesterday (August 25, 2021) that it is willing to roll out a system for “system and covenant monitoring” for non-convertible debentures (NCDs) by April 1, 2022.

SEBI’s decision to embrace blockchain technology marks another major milestone for the emerging technology in terms of adoption within the Indian financial system. The use of DLT for financial instruments is expected to increase system efficiency multifold, SEBI says.

For the uninitiated, debentures are financial instruments that recognize a debt obligation toward the issuer. Normally, a debenture functions as a long-term debt instrument with an added feature that allows it to be cashed in for shares at a later date at the discretion of the owner.

Similarly, debentures that cannot be converted into shares are considered “non-convertible” products.

Further, the proposed blockchain-based system will keep tabs on covenants which are essential terms inserted into a debt agreement, and monitor the credit ratings of the NCDs.

The system is expected to offer the required permission to trustees, issuers, and credit rating agencies to update transaction data. On the flip side, the data will be easily accessible to stock exchanges and depositories so as to ensure they are able to provide for a more transparent process.

In a statement, SEBI said:

“Data stored will be cryptographically signed, time-stamped, and sequentially added to the ledger, leaving behind a verifiable audit trail of transactions. Transaction history and data on the ledger will be “fully” encrypted and will be shared only with necessary stakeholders on a “need-to-know basis.”

“DLT has the potential to provide a more resilient system than traditional centralized databases and offer better protection against different types of cyber-attacks because of its distributed nature, which removes the single point of attack.”

While the regulations for cryptocurrencies are still taking shape in India, the country has welcomed blockchain technology with arms wide open.

On August 1, BTCManager reported the Indian government was working on a blockchain framework to ease the startup compliance process.