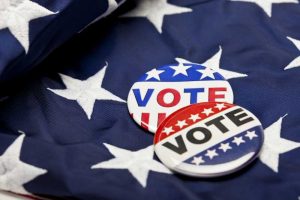 West Virginia made history when it announced that it would pilot the use of a blockchain in a federal election, becoming the first state in the US to do so. The pilot will be limited to the two counties, Harrison and Monongalia, and will only be availed to servicemen that are deployed as well as their spouses and direct dependents.

This is just the first of many elections in which governments will resort to blockchain technology to conduct elections. While West Virginia is only the first instance of a blockchain being used in federal elections, local governments and corporations the world over are already using this technology in their democratic processes.

In 2016, Democracy Earth, a non-profit organization that seeks to foster a borderless peer-to-peer democracy, made headlines when it conducted a digital plebiscite for the expats of Colombia to air their voice on a proposed peace treaty. The digital plebiscite was also conducted to test the potential of blockchain technology in electoral processes. The significance of this plebiscite can’t be overstated as it demonstrated that a blockchain could be used in national elections.

Blockchain Technology Could Save Democracy

The benefits of using a blockchain in the electoral process are immense, the first of which is immutability of the ledger. Transactions recorded on a blockchain can’t be altered or interfered with, which is of utmost importance in an election. The immutable nature of the records instills great confidence in the electorate that their votes count and that whoever emerges the victor rightfully deserved it.

Blockchains are also secure and almost impossible to hack. The ledger is distributed to all the nodes in the network, so there is no central point of failure. With government-sponsored hackers being alleged to have interfered in many elections globally, including the 2016 US elections, the security of the ledger is paramount.

There Are Glaring Challenges

While blockchain technology has been hailed as the savior of democracy, it still has a long way to go to become the ultimate solution to all our electoral problems. There are some glaring challenges which must be addressed before the electorate has full confidence in its viability. They include:

The first challenge is privacy and anonymity. The essence of the traditional secret ballot system is that no one can identify which candidate any voter casts their vote for. This is a crucial principle of democracy which must be preserved at all costs and while a blockchain offers a certain amount of privacy, it’s not completely anonymous. This would leave the voters at the risk of having their electoral choices exposed to the public. For some, this is not a big issue. In some countries, voting for the “wrong candidate” could put you in great danger.

This challenge can be solved through the use of privacy-centered technology such as the zero-knowledge proof mechanism being applied by some cryptocurrencies such as Zcash. This mechanism enables one party (prover) to prove to a second party (verifier) that he knows certain information without divulging exactly what the information is; this would keep the details of a voter secret while conveying their vote via a blockchain.

The second challenge with blockchain-enabled voting is verification. Unlike the traditional system, in which one’s identity could be physically confirmed, blockchains operates digitally and physical confirmation is not possible. The government must find a way of delivering private keys to the voters; a way that’s secure and tamper-proof. In the West Virginia case, the eligible voters had to submit an application to the county clerk which could be done via email. This is not the safest method as cases of email hacking are quite frquent. However, fingerprint identification and face recognition software could reduce the possibility of fraudulent vote casting.

There is always pressure meant to sway a voter in any election, digital or otherwise. Political parties, politicians and friends all try to convince a voter that voting a particular way serves their interests best. However, in the traditional system, the voter has the final word as he gets to vote alone via secret ballot. In a blockchain-enabled voting system, there is no telling whether a voter is making his decision independently or if he is under duress. The mobile phone is expected to be the most popular device used to cast votes once blockchain-enabled voting becomes a reality. With the mobile device being, well, mobile, the voter can be anywhere in the world and may be under verbal or physical pressure to cast his vote a certain way. This is a much more complex issue to address than the previous two. However, one of the solutions that have been suggested is the issuing of two security keys for any voter, one which authorizes the voting and one which flags it off as a possibly influenced vote. Once the voter keys in the second key, the vote is disregarded but the system issues a fake success message ensuring that whoever was pressuring the voter does not realize what happened.

In any contest, no one likes to back the losing side. This is true in elections as well. With a blockchain being publicly available to all the nodes in the network, one would have access to interim results minute by minute. This is ideal for transparency but it poses a big problem; influencing people who are yet to cast their votes. It’s quite likely that if a voter realizes that he is backing a losing candidate, he can change his vote and either shy away from casting his vote or end up voting for the winning candidate. This goes against democratic principles. A solution to this issue would be the encryption of votes cast making them unavailable to the public until the designated voting time is up. Once the time is up, a smart contract triggers the release of all the votes to a public blockchain where they are now available to everyone.

Blockchain technology has many qualities that make it ideal for the electoral process. However, the challenges facing the process must be tackled lest they halt the blockchain-enabled electoral process before it even begins.