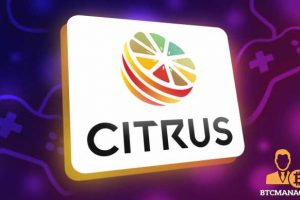 The global gaming market was valued at a whopping USD 173.30 billion in 2020 and has almost doubled to USD 300 billion in 2021. However, in terms of revenue and financial potential, gaming behemoths continue to dominate the traditional gaming arena, leaving amateur gamers to squander time in the digital realm, at least in the monetary sense.

All that is becoming a thing of the past as decentralized gaming picks up the pace for the benefit of all. In this article, we will explore how blockchain technology is revamping the gaming galaxy from the ground up and inside out!

Game finance, or as is commonly known in the crypto realm, GameFi, aims to change the status quo of traditional gaming. GameFi integrates blockchain, decentralized finance (DeFi), and non-fungible tokens (NFTs) to demonstrate the financial potential of in-game assets that can be traded for real money on decentralized exchanges thus blurring the lines between in-game valuables and real-world assets. It is already gaining momentum with a market revenue of about USD 321 million, and it’s all set to be the future of gaming.

GameFi seeks to democratize gaming and bring about a paradigm shift by allowing even amateur gamers to earn by playing. Further, the games in this new ecosystem also allow players to take ownership of their in-game assets that would live even if the game does not.

Most GameFi blockchain gaming projects are based on the Play-to-Earn model rather than the traditional Pay-to-Win or Pay-to-Play, where the beneficiaries are mostly the developers and corporates. So, GameFi projects employ in-game economics and aim to restore the power balance by enabling players to enjoy the gaming experience while allowing them to truly own their in-game assets that are stored on a blockchain and have value in real-life.

That means gamers hold in-game assets (like character skins, armors, weapons, accessories) in perpetuity through tokenization and cryptography. Thus, it does not matter if the game crashes, is hacked, or is suspended by the developers, because every weapon, armor, or asset that is traded in the game is stored on the blockchain in an open ledger and cannot be counterfeited.

What Can You Expect From Blockchain Gaming?

First-generation blockchain gaming initiatives are still in their infancy and have mostly consisted of simple card-based, pixelated games where participants acquire in-game resources by completing tasks. Axie Infinity, Decentraland, and other games from this generation are popular. However, what they have starkly lacked are elaborate narratives, advanced gameplay, and high-fidelity graphics.

Most of the upcoming blockchain gaming projects are beginning to identify these limitations and are building to overcome the same. Reports show that over USD 2.3 Billion has been spent on procuring unique digital collectibles in the form of NFTs. The volume and piqued interest are expected to skyrocket and propel the future of the blockchain gaming industry as the industry becomes mainstream. A few fascinating improvements now underway in this field include AAA, Virtual Reality (VR), low latency graphics, immersive gaming, very low gas fees, and cross-chain interoperability.

To foster change and enable this ecosystem, decentralized gaming projects, like Citrus, are propelling blockchain gaming technologies by building on the Binance Smart Chain (BSC). They also bridge the gap between old and new GameFi projects by enabling Artificial Intelligence (AI), Virtual Reality (VR), and Augmented Reality (AR) in blockchain games. The project’s vision is to lead the blockchain revolution to build a global crypto marketplace that is both secure and trustworthy for both gamers and investors.

These GameFi projects aim to unlock the potential of underdeveloped blockchain technology by empowering a new generation of developers to create engaging, authentically fascinating blockchain games that can be enjoyed by a large number of people while also adding value to gaming communities. Citrus is ushering in a whole new era of player ownership with the advent of blockchain-backed in-game assets, AI, VR, and AR allowing developers to merge tokenization into their games for increased adoption of NFTs in blockchain gaming.

The blockchain gaming revolution is only getting started, and it may be worthwhile to ride the wave to 2022 and beyond.