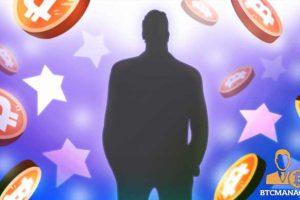 The TV Star Brings You $Power

The ‘Everybody Hates Chris’ star sent out a tweet that included the link to TechCrunch’s exclusive about the launch. In the interview with TechCrunch, Crews said that if one buys $POWER, they acquire a piece of him, stating there’s no other way to put it.

Terry Crews said that the primary purpose behind the launch of his social currency is to uplift artists. According to the TechCrunch exclusive, Crews eventually plans to give out loans to content creators with no interest imposed whatsoever.

The game show host stated, “That’s our long-term plan…….to become this thing that this community can live and exist in. You could use it anywhere you are…”

Celebrities In the Line of Crypto

Terry Crews joins a small list of celebrities who are buying in the idea of owning crypto titles. Award-winning artist Akon launched his digital currency, Akoin, which recently landed into Kenyan people’s portfolio. Akon also plans to use Akoin in his City currently under construction in Senegal, terming the City as a ‘real-life Wakanda.

According to the interview, Crews said that he drew his inspiration of creating his currency from a situation he had in Milan. He had a ‘fiasco’ while purchasing furniture made by one of his most loved artists Salone Del Mobile.

He was short on the buying price and had to undergo several struggle situations to make the purchase finally. Crews vowed never to allow anyone to go through what he experienced, and he wants to bring the power back to content creators.

NBA player Spencer Dinwiddie went through a tug of war with the Basketball association to tokenize his contract. Dinwiddie is encouraging athletes to do business with their earnings to avoid the harsh reality of bankruptcy that has befallen big names like Mike Tyson before.

According to market analyst Nouriel Roubini, Billionaire Elon Musk has somehow used his influence for cryptocurrency market manipulation. Whether the statement holds some truth in it or is completely off, celebrities have some weight when it comes to predicting crypto price trends, buying and selling digital assets.

Rapper Snoop Dogg has publicly given support to the meme-born cryptocurrency $DOGE, seconded by the alleged ‘market manipulator’ Elon Musk.

The movements by celebrities in the crypto market have drawn many other stars, including Soulja Boy, who went as far as sharing several of his cryptocurrency addresses on Twitter. Soulja Boy made public his love for Bitcoin and has shared the cryptocurrencies that are present in his portfolio.