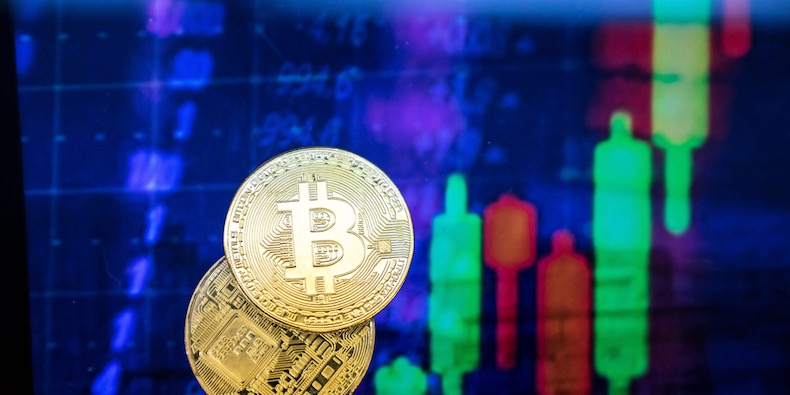 A Canadian bitcoin exchange-traded fund that has only been trading publicly for three weeks has amassed $832 million ($1 billion Canadian dollars) in assets under management.

The 3iQ CoinShares bitcoin ETF launched on April 19 and is the fastest bitcoin ETF in Canada to reach 1 billion Canadian dollars in AUM, according to a press release. The fund trades on the Toronto Stock Exchange under the ticket "BTCQ."

The rapidly growing ETF demonstrates that investor demand for bitcoin isn't slowing down, despite other cryptocurrencies like ether and Dogecoin gaining recent attention. Despite pulling back from it's all-time-high above $64,000, Bitcoin is still up 97% year-to-date, hovering at $58,000 as of Friday afternoon.

"Reaching $1 billion[CAD] in only three weeks speaks to the enormous market demand for bitcoin," said Fred Pye, Chairman & CEO of 3iQ. "The pace of its growth is yet another milestone in 3iQ's goal to provide investors with more ways to gain exposure to the largest digital asset in the world."

The 3iQ CoinShares fund isn't the onlybitcoin ETF that's seen a stellar first few weeks of trading. The Purpose Bitcoin ETF hit $1 billion in assets under management one month after it started trading earlier this year.

The success of Canadian funds and the swelling market capitalization of bitcoin above $1 trillion has investors wondering if the US SEC will finally approve a fund in the states. The US regulator is currently reviewing applications for at least nine bitcoin ETFs, though a decision to green light a launch may have to wait until at least mid-June.