Home » A decline in Tesla's regulatory credit sales could be devastating to its future profitability, strategist says 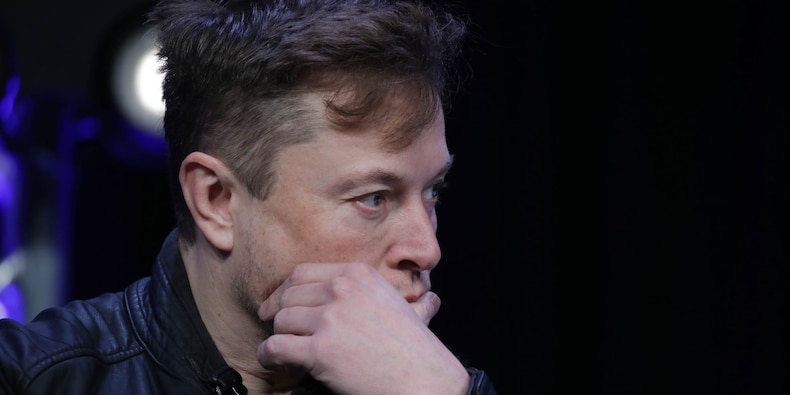 Tesla's profitability in recent years has been driven by its sale of regulatory credits to automakers that hadn't hit their government imposed electric vehicle sales quotas.

Now, one automaker is signalling that its reliance on Tesla's tax credits will come to an end later this year.

Stellantis, the multinational automaker formed through the merger of Fiat Chrysler Automotive and France's PSA group, said it expects to achieve its European carbon dioxide emissions targets this year without EV credits bought from Tesla.

Stellantis purchased about $2.4 billion worth of the tax credits from Tesla over the 2019-2021 period.

Navellier chief investment officer Louis Navellier said in a note on Wednesday that the loss of EV regulatory credit sales for Tesla "is devastating and brings into question the future profitability of Tesla."

As other automakers begin to ramp up the production of electric vehicles, Tesla's reliance on EV tax credit sales to boost profitability will likely dwindle.

"The increased awareness of the role that carbon tax credits play in the company's profitability may lead to a fundamental re-valuing of the company in the coming year," Navellier concluded.

The regulatory sales credits represent pure profit for Tesla, and in 2020 represented $1.58 billion in revenue for the EV manufacturer. But Tesla only registered net profits of $721 million in 2020, meaning that the company actually lost money on its main business of building and selling cars.

Read more: Dave Bujnowski beat 99% of his peers to return 125% last year. The Baillie Gifford investor shares 5 stocks set to benefit from the end of the pandemic and a hyperconnected economy.

This trend continued into the first quarter of 2021, when Tesla sold a record $518 million in EV tax credits. Those credit sales, plus Tesla's $101 million profit from its partial sale of bitcoin, helped mask the company's underlying loss from its car business. Tesla reported net profits of $438 million in the first quarter.

"With the electrical technology that PSA brought to Stellantis, we will autonomously meet carbon dioxide emissions regulations as early as this year," Stellantis CEO Carlos Tavares said in an interview with French weekly Le Point.

"Thus, we will not need to call on European CO2 credits and FCA will no longer have to pool with Tesla or anyone," Tavares added.