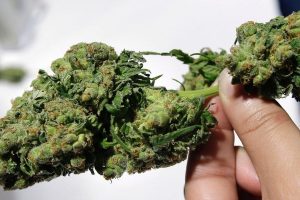 Cannabis legalization in New York is a done deal.

The New York state Senate and Assembly passed the bill late on Tuesday, and Gov. Andrew Cuomo signed it on Wednesday. That makes New York the latest state to legalize cannabis, following in the footsteps of its neighbor New Jersey.

Pablo Zuanic, an analyst at the investment bank Cantor Fitzgerald, laid out five cannabis stocks earlier this month that would see a boost if New York lawmakers legalized cannabis for all adults.

In particular, if New York begins cannabis sales before neighboring New Jersey, Zuanic said companies with licenses and infrastructure in New York would be set to benefit. Both states are expected to start sales sometime in 2022, but exactly when will be determined by how quickly regulators can hammer out details and distribute licenses.

These publicly traded companies have five of the ten licenses to sell and cultivate medical marijuana in New York. The other public companies that own licenses in New York are financially troubled, and one recently reached a deal to sell its New York assets.

Two New York licenses are owned by private companies Etain Health and Pharmacann, as Insider has reported. Zuanic expects New York to be a $5.3 billion market by 2025, meaning each license could provide a windfall.

Current operators in the state’s medical market are expected to have a big leg up over incoming players because of their existing infrastructure and the fact that they’re able to control every part of the supply chain from seed to storefront.

Stocks like TerrAscend, Ayr Wellness, and Verano that have a presence in New Jersey but none yet in New York could slip if New York starts cannabis sales before New Jersey, because fewer New York residents would travel across state lines to purchase marijuana, Zuanic said.

Dispensaries located in border towns typically see large sales when located between one state that has adult-use and another that doesn’t.

New Jersey voted to legalize cannabis in November. After months of back-and-forth negotiation over criminal penalties, taxation, and other details, the legislation was signed into law in February. Analysts expect recreational marijuana sales to begin late this year or in the early part of 2022, as Gov. Phil Murphy has said that he expects it to take at least six to nine months to get the program started.

On Wednesday, the morning after New York’s legislature passed the cannabis bill, operators in New York saw an uptick. Curaleaf’s stock climbed 2%, Green Thumb Industries was up 8.8%, and Columbia Care was up 4.8%.

There are question marks as to exactly how the program will be rolled out, including how many licenses will be awarded in total across the state and how much space cultivators will have to grow cannabis. The bill creates an Office of Cannabis Management and a Cannabis Control Board that will regulate the industry and address some of these key details.