Activist Groups Plead Tesla To Pull Out Of Xinjiang 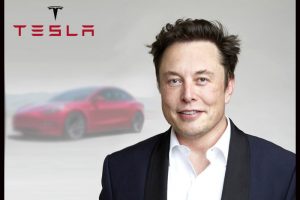 American EV manufacturer Tesla Inc (TSLA) opened a new store in China’s Xinjiang province at the turn of the year, an action that has been shrouded with controversies. Now the activists in the US are asking Elon Musk’s company to close the outlet due to the humanitarian crisis associated with the province.

The Chinese leadership is heavily linked with the systematic elimination of Uyghur Muslims, who are religious minorities in the country who are largely concentrated in Xinjiang. Tesla opened its showroom at Urumqi, the capital city on Friday. The company announced on its post on Weibo, “Let’s start Xinjiang’s all-electric journey!”. China is Tesla’s biggest market and one of the primary contributors to the growth Tesla has enjoyed in the past couple of years.

The Council on American-Islam Relations is viewing the action as support for the genocidal actions of the local governance. Ibrahim Hooper, the organization’s communications head said, “No American corporation should be doing business in a region that is the focal point of a campaign of genocide targeting a religious and ethnic minority.”

American corporates have been facing a dilemma in the case as the Chinese government is handling every type of criticism of its actions in the province very seriously. Recently, big-box retailer Walmart Inc. (WMT) has received threats of boycott from the Xi Jinping authority after it removed products from Xinjiang from its shelves. Tech giant, Intel Corporation has also faced similar threats after it tried to condemn the actions of the country. The Biden administration has posed sanctions on products imported from Xinjiang unless they are produced keeping the labor rights intact.

According to various reports, the Asian powerhouse has jailed more than one million Uyghurs in concentration camps where they are being tortured and eventually killed. In a maniacal vein, the camp authorities are also being accused of using the religious minorities as test subjects. However, the governance has denied any such claim. The ruling party has labeled the people as terrorists and has claimed the camps as “reeducation” camps rather than extermination camps.