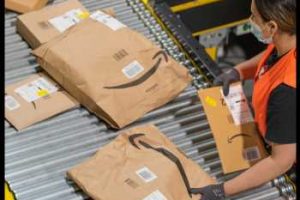 Amazon’s employee union has gained a victory against the e-commerce retailer as the federal labor board upheld the results of a union election at the Staten Island warehouse in New York, reports said.

The National Labor Relations Board or NLRB has certified Amazon Labor Union or ALU’s victory at the warehouse, known as JFK8, in a ruling, against objections by Amazon.

In a filing Wednesday, NLRB’s regional director Cornele Overstreet said he agreed with a federal labor official’s previous ruling that all of Amazon’s objections should be dismissed as there was no evidence to support them.

Since the majority of around 8,300 workers at JFK8 voted in favor to join the union in April last year, Amazon has filed objections seeking to overturn the election results while ALU fought for certification. The company alleged that the NLRB office that oversaw the election interfered in the process, and that the ALU intimidated workers to vote in their favor.

Amazon spokesperson Kelly Nantel said, “We knew it was unlikely that the NLRB Regional Office would rule against itself and intend to appeal. As we’ve said since the beginning, we don’t believe this election process was fair, legitimate, or representative of the majority of what our team wants.”

Amazon CEO Andy Jassy last year had stated that there were a lot of irregularities in the union drive and that the legal process is far from over, noting that there was a real chance to end up in Federal court.

Meanwhile, ALU interim President Chris Smalls tweeted that the union beat Amazon fair and square and urged the CEO to come to the table to sign a contract.

Amazon is now required to file an appeal by January 25 or begin the bargaining process.

The Staten Island warehouse is Amazon’s first unionized facility in the U.S. Meanwhile, employees at a nearby facility on the Island rejected the unionization effort in May, and at an Albany warehouse in October.