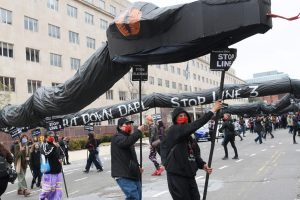 The Republican party is waging an attack on our democracy at the state level — and getting away with it.

In the past few weeks, bills have been passed through Republican-led legislatures in Alabama, Texas, Arkansas, Tennessee, Oklahoma, Montana, Florida, and several other states.

These bills include draconian provisions to limit peaceful protest, like increasing penalties for blocking streets, expanding the definition of a riot so that it applies to groups as small as three people, and making it legally defensible for drivers to run over protesters with their cars. The bills are a clear response to the unprecedented wave of predominantly peaceful protests against police brutality and systemic racism that swept over the country last summer in the wake of the murder of George Floyd, and the indigenous-led protests that target projects that expand fossil fuel infrastructure.

Immunity for drivers who run over protesters

Recently, Gov. Ron DeSantis became the fourth Republican governor to sign what he called an “anti-riot” bill into Florida law. The new law in Florida empowers the state to overrule municipalities’ decisions to reduce police budgets and makes it a felony to destroy historical structures, including (Confederate) flags and memorials, during protests. It also grants civil immunity to people driving into crowds of protesters.

Oklahoma Gov. Kevin Stitt signed a similar law, enacting criminal penalties for those protesting in the street, while granting criminal and civil immunity to drivers who harm said protesters.

These driver immunity bills would make it legally defensible for people like neo-Nazi James Alex Fields to drive their cars into peaceful protests and hit innocent protesters like Heather Heyer, who was killed when she was hit by Fields’ car while demonstrating against the Unite the Right march in Charlottesville, Virginia in August 2017. Participants in the January 6 insurgency in Washington, DC should consider themselves extremely lucky no such law was in place when they marched without a legal permit from the demonstration at the Washington Monument to storm the US Capitol. 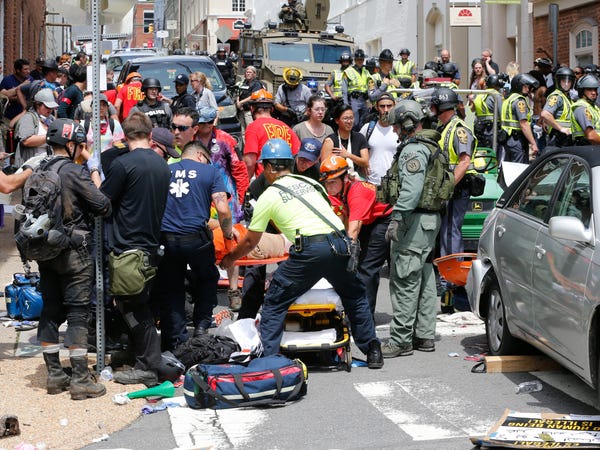 A consequence of GOP takeover at the state level

Across the country, while efforts to limit voting have been introduced in most states and have gained substantial attention, more than 90 bills have been simultaneously introduced across 35 states that aim to reduce citizen’s right to assemble and protest. These attacks on the very foundation of democratic participation — voting and peaceful assembly — are the most recent example of a coordinated effort by the Right to target policies at the state-level while all eyes are on a new Democratic president and his high-profile efforts to implement progressive change at the federal level.

After Barack Obama won the presidency in 2008, there was a coordinated effort by conservative funders to use their “dark money” to push back against Democratic wins and the new president’s agenda. That effort took the form of activism through the Tea Party and state-level initiatives to change the political make up of legislatures across the country. By the early months of the Trump presidency eight years later, the Democratic Party was seen as “being hollowed out from below” with Republicans in control of both chambers of state legislatures in 34 states and Democrats having ceded 13 governorships to the GOP.

Rather than targeting state houses, the GOP’s coordinated efforts today target citizens’ constitutional rights to participate in our democracy. The focus is on limiting citizens’ capacity by restricting voting and penalizing those who participate in peaceful demonstrations in their communities.

These efforts specifically target the forms of civic participation most available to the least powerful in our society. Beyond voting, people with limited power and scant access to institutional politics tend to take advantage of the rights afforded by the Constitution to voice their opinions as outsiders demonstrating in the streets. America is built on the foundation of empowering the powerless by letting them take to the streets to be heard and affect social change.

Efforts to restrict voting and penalize individuals who participate in protest are part of the consistent conservative strategy to respond to Democratic political gains at the national level by pushing back at the state level. Even as the Republican Party appears to be struggling nationally to keep itself together, the level of coordination at the state level tells a very different story. Indeed, the past shows that if inadequate attention is paid to what is happening in the states, the Right will once again build a powerful platform to affect their agenda. In addition to pushing for democratic reform through federal bills such as the “For the People Act,” citizens across the US must respond to these state-level efforts to limit our democracy with resistance.

If the past six years have taught us anything, it is that it is very easy to distract Americans from what is most important. We, the people, are capable of great collective change when we’re paying attention. If we don’t start paying attention and pushing against this frightening trend to limit political participation in our democracy at the state level, by the time this attack on democracy hits the national level, it will be much too late to stop it.

Dana R. Fisher is a Professor of Sociology and the Director of the Program for Society and the Environment at the University of Maryland.