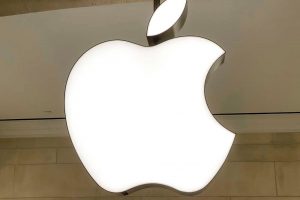 Apple has been found to “hide critical information from consumers and illegally stifle consumer choice,” a judge ruled in the company’s legal battle with Epic Games, but the mixed ruling will leave App Store fees in place.

U.S. District Court Judge Yvonne Gonzalez Rogers did not find that Apple fit the legal definition of a monopoly, but she said Apple must now let developers tell consumers how to make purchases outside of apps. That lessens the control Apple can exert over the process, and could limit the revenue it derives.

Services as a division of Apple, which includes the App Store, has been gradually becoming a top corporate priority, given the financial stability of services compared with the more volatile hardware arena. Apple next week will host a “California Streaming” event, at which it is expected to unveil a new iPhone and a host of other products.

In her ruling, Rogers did not go easy on Apple, which could open the door for future challenges of the so-called “Apple tax.” The tech giant takes a 30% cut of all revenues generated by the store. Epic, which makes Fortnite and other popular games, decided to throw down the gauntlet last year and enable downloads of its apps outside of the App Store. That resulted in the company getting booted from the platform, and dueling lawsuits resulted.