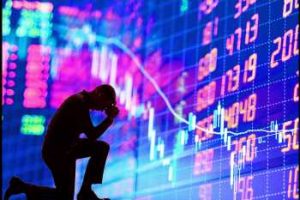 Asian stocks fell on Wednesday and the yen’s continued depreciation prompted the Bank of Japan to conduct an operation often seen as a precursor to currency intervention, as investors shunned riskier assets amid increasing uncertainty about the global economic outlook.

Gold dipped below $1,700 an ounce in Asian trading and oil prices fell more than 1 percent amid dollar strength.

While markets have fully priced in an interest rate hike of at least 75 basis points at the conclusion of the Fed’s policy meeting next week, talk of a 100 basis point lift-off are now back on the table.

Chinese stocks closed lower after reports suggested that the United States is considering options for a sanctions package against China to deter it from invading Taiwan.

Japanese stocks slumped after reports of the Bank of Japan apparently preparing for a currency intervention amid sharp declines in the yen.

Seoul stocks fell sharply, with the Kospi ending down 1.6 percent at 2,411.42 on fears that the Fed will continue its aggressive monetary tightening. Selling was seen across the board, with Samsung Electronics, Celltrion and Naver losing 2-4 percent.

Australian markets fell the most in three months ahead of the August unemployment report, due to be released on Thursday.

The benchmark S&P/ASX 200 Index plunged 2.6 percent to 6,828.60, snapping a four-session winning streak. The broader All Ordinaries Index ended 2.5 percent lower at 7,071.80, dragged down by financials and miners.

Rio Tinto lost 2 percent after it announced a joint venture with China Baowu Steel Group to develop an iron ore project in Western Australia for US$2 billion.

The Dow lost 3.9 percent, the tech-heavy Nasdaq Composite plunged 5.2 percent and the S&P 500 plummeted 4.3 percent to log their worst day since June 2020 as data showed consumer prices increased at an annual pace of 8.3 percent, more than economists’ median estimate of 8.1 percent.