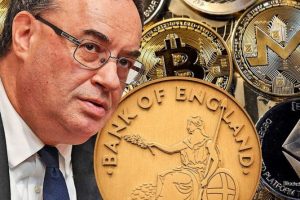 The idea of a central bank digital currency (CBDC) is currently being explored by a joint taskforce from the Bank of England and the Treasury. Witnesses including Bank of England Governor Andrew Bailey and economic secretary to the Treasury John Glen have been giving evidence to the Lords, however the committee said they had failed to make “a convincing case.” Around the world over 90 other central banks have been exploring launching their own digital currency. Top concerns driving the idea are the potential for large tech companies such as Meta/Facebook to launch their own currencies, giving them excessive market power, and to keep pace with the decline of physical cash.

Andrew Bailey previously said exploring a CBDC would be better for financial stability than stablecoins (crypto assets whose value is linked to a real world currency) which he has said he is “sceptical” about.

The Lords however questioned what problem a CBDC was trying to answer, calling it “a solution in search of a problem.”

Meanwhile the committee warned that the plans could pose “significant risks” to the UK depending on how it was designed.

According to their report these risks include: “State surveillance of people’s spending choices, financial instability as people convert bank deposits to CBDC during periods of economic stress, an increase in central bank power without sufficient scrutiny, and the creation of a centralised point of failure that would be a target for hostile nation-state or criminal actors.”

In a damning summary Chair of the Economic Affairs Committee, Lord Forsyth said: “We found the potential benefits for a digital pound, as set out by the Bank of England, to be overstated or achievable through less risky alternatives.”

“We took evidence from a variety of witnesses and none of them were able to give us a compelling reason for why the UK needed a central bank digital currency.”

The Bank of England itself admitted that a digital currency could reduce commercial bank deposits by 20 percent due to people moving their money across.

The Bank’s Deputy Governor for Financial Stability Jon Cunliffe warned: “Banks would need to adapt… they would lose a revenue stream from payments.”

Head of Investment Analysis at AJ Bell, Laith Khalaf explained: “In order to persuade customers to stick with them, banks might have to increase the interest rates on offer on deposits, which would then be passed onto borrowers like mortgage holders, in order to preserve bank margins.

“Or they may have to end free banking, and start charging for basic services in order to make up for lost profitability.

“Or the lower availability of funding could mean less appetite by banks to issue loans, which could restrain economic growth.”

Another big concern raised by the Lords was the risk a CBDC could exacerbate any future financial crisis by facilitating a ‘digital run’ on the banks.

Mr Khalaf said: “During the financial crisis, huge queues formed outside Northern Rock, as account holders rushed to withdraw their cash balances as banknotes, despite the risk associated with stuffing cash under the mattress.

“If savers could simply switch money into a secure digital account with the Bank of England, with just a few taps on their mobile device, that could mean huge sums fleeing high street banks at the first whiff of trouble in the sector.”

In a report co-authored with six other central banks, the Bank of England said there was a concern CBDC could make such events more “frequent and severe.”

The Bank of England declined to comment further on today’s report.

The results of its consultation on a CBDC will be released later this year.