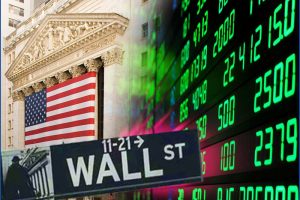 Stocks initially showed a lack of direction during trading on Wednesday but climbed firmly into positive territory as the day progressed. With the advance on the day, the major averages largely offset the downturn seen in the previous session.

The strength that emerged on Wall Street may partly have reflected bargain hunting following the downward trend seen over the past several sessions.

The Dow ended Tuesday’s trading at its lowest closing level in almost two months, while the tech-heavy Nasdaq closed lower for the fourth straight session.

Traders were also digesting the latest batch of data, including a report from the Fed showing industrial production in the U.S. increased by slightly less than expected in the month of August.

The report said industrial production rose by 0.4 percent in August after climbing by a downwardly revised 0.8 percent in July.

Economists had expected industrial production to increase by 0.5 percent compared to the 0.9 percent advance originally reported for the previous month.

The Fed noted late-month shutdowns related to Hurricane Ida held down the gain in industrial production by an estimated 0.3 percentage points.

A separate report from the Labor Department unexpectedly showed U.S. import prices decreased for the first time since October of 2020 in the month of August.

The Labor Department said import prices fell by 0.3 percent in August after climbing by an upwardly revised 0.4 percent in July.

The drop surprised economists, who had expected import prices to rise by 0.3 percent, matching the increase originally reported for the previous month.

Meanwhile, the report said export prices increased by 0.4 percent in August after jumping by a downwardly revised 1.1 percent in July.

Economists had expected export prices to advance by 0.5 percent compared to the 1.3 percent surge originally reported for the previous month.

Energy stocks saw substantial strength on the day, benefiting from a sharp increase by the price of crude oil. Crude for October delivery spiked $2.15 to $72.61 a barrel after data showed a bigger than expected weekly decrease in crude oil inventories.

Reflecting the strength in the energy sector, the NYSE Arca Oil Index soared by 4.3 percent, the Philadelphia Oil Service Index surged by 3.8 percent and the NYSE Arca Natural Gas Index shot up by 3.6 percent.

Significant strength was also visible among steel stocks, as reflected by the 2.5 percent jump by the NYSE Arca Steel Index. The index bounced off its lowest closing level in almost two months.

Banking stocks also showed a strong move to the upside over the course of the session, driving the KBW Bank Index up by 1.7 percent.

Biotechnology, software and tobacco stocks also saw notable strength, moving higher along with most of the other major sectors.

The major European markets also moved to the downside on the day. While the French CAC 40 Index slumped by 1 percent, the German DAX Index slid by 0.7 percent and the U.K.’s FTSE 100 Index dipped by 0.3 percent.

In the bond market, treasuries gave back ground after moving notably higher in the previous session. Subsequently, the yield on the benchmark ten-year note, which moves opposite of its price, rose by 2.7 basis points at 1.304 percent.

Trading on Thursday may be impacted by reaction to another batch of U.S. economic data, including reports on retail sales and weekly jobless claims.