Home » Business » Before Nirav Modi, there was Jatin Mehta

Before Nirav Modi, there was Jatin Mehta 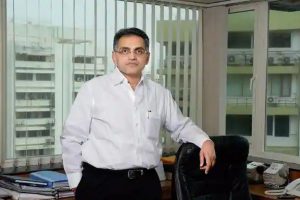 Even as the spotlight focuses on tainted jewellers Mehul Choksi and his nephew Nirav Modi, who once ran thriving businesses and are now wanted by the authorities on charges of massive bank fraud, there was someone who beat them to it in terms of precedent and modus operandi.

Sometime in 2011, Jatin Mehta, the CEO of Su-Raj Diamond, was looking to build a narrative around a new line of business based on the technological developments in the industry.

Mehta was well known within the industry and his firm was seen as a trailblazer by the stock markets. He met the press in Mumbai where he spoke about the potential of lab-made and manmade diamonds and how the stones were cheaper than, but as good as, natural diamonds.

At the time, Mehta talked about how his new line of diamonds was being ‘manufactured’ at factories in the US and the Philippines where he had offices.

Winsome Diamonds and Jewellery Limited was initially incorporated in 1985 as a public limited company in the name of Su-Raj Diamond (India) Limited — named for one of his sons — with headquarters in Surat, and went through several name changes.

In 2012, it became Winsome Diamonds and Jewellery Limited.

It’s not clear why the name change was effected but in 2012 the International Gemological Institute laboratory in Antwerp, Belgium, received a package of around 1,000 stones marked as natural diamonds and priced as such.

Testing showed most of them to be lab-created, though of high quality.

According to industry publications and experts, the origin of invoices for the synthetic gems led back to the New York office of Mehta’s Su-Raj Diamonds and Jewellery, which was then going by the name of Winsome Diamonds.

The more eye-catching move was to go public in 1986 — unique in an industry that had the reputation for being a ‘shady trade sector’.

The listing suggested that the promoters were willing to conform to the transparency that stock markets require.

Certainly, the Winsome story shone like a gem for some years.

It boasted global operations that covered all facets of diamond and jewellery manufacturing and trading in rough and polished stones at key locations worldwide.

Then the story started to get strange. By November 2013, public sector banks, including Punjab National Bank and Central Bank, served legal notices on Winsome Diamonds and its sister concern, Forever Precious Jewellery, with the recommendation that both be declared ‘wilful defaulters’.

The Reserve Bank of India defines a wilful defaulter as a borrower that is able but unwilling to pay, and has diverted loan proceeds towards ends other than the initially stated use or has overstated profits to secure a loan.

Now Mehta, once so accessible to the press, dropped out of the public eye, and bank officials and investors seemed to be unable to contact him.

Public reports indicate that the company received notices from at least three public sector banks, but there were at least 15 lenders chasing Mehta for loans that had turned bad.

Following this, foreign banks encashed letters of credit given by Indian banks, which had bad loans of Rs 3,800 crore (Rs 38 billion) on this account.

Forever Precious Jewellery had defaulted to the tune of Rs 1,700 crore (Rs 17 billion). 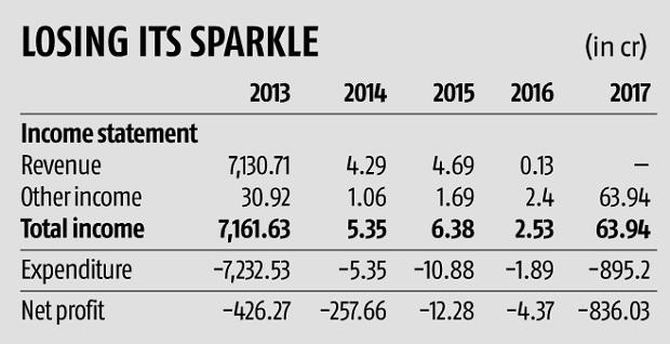 All the while, sources said that Mehta had set up one of the world’s largest lab-grown diamond facilities in Singapore and acquired a majority stake in Genesis, a US-based synthetic diamonds company.

Speculation suggests that Mehta first bought himself citizenship — where else but in the Caribbean state of Saint Kitts and Nevis — and then migrated to Dubai.

Ila Technologies, a company that makes lab-grown diamonds, is based in Dubai and run by his son Vishal Mehta.

Veteran gems and jewellery industry executive Anil Prabhakar, who worked with Su-Raj briefly, said he had joined the company because it was one of the first to get listed on the stock market.

Mehta was well regarded at the time and his core competence was finance, which is why he was heading the committee on finance in the Gems and Jewellery Export Promotion Council, said Prabhakar, adding that “in addition to diamonds, Su-Raj was solidly clued in on gold as well”.

During his job interview, Prabhakar remembered the suave CEO asking many questions about Carbon, which was a local jewellery company that was a pioneer in branded diamond jewellery even before Mehul Choksi’s Gili made its presence.

Mehta eventually bought out Carbon. He was not just a diamond merchant. He was an integrated jewellery manufacturer.

The company had a tie-up with the Ahmedabad-based jewellery retailer Forever Precious.

Culturally, Su-raj Diamonds was driven by tight authoritarian controls, with a manufacturing unit in the Bengaluru export processing zone and headquarters at Opera House in Mumbai.

The place was run like a prison, said Prabhakar.

“One had to make gate passes, and required multiple levels of permissions to be able to go to and fro for even simple things like a lunch trip, and even that was only allowed at certain times. Workers couldn’t eat at the same time as managers and so on,” he said.

“It was not a transparent organisation.”

Prabhakar said he was very surprised when he learned about the scam and fraud because he never expected Mehta to be that sort of jeweller.

Even as the rumours swirled, the complaints piled up.

In 2014, Winsome issued a press release saying allegations against it were based on a report prepared by corporate risk advisory firm Kroll, which was allegedly paid off by one of the foreign lenders.

That report supposedly was made available to the media to carry out a damaging campaign. Even so, trading in the stock was suspended in 2017.

Either way what is known, according to long-distance statements issued by Mehta, is that Winsome had accepted a corporate debt restructuring programme (CDR) but a change in RBI regulations for CDR settlement caused the process to stall.

But if those revelations suggest that Winsome was open to a debt restructuring programme, it is unclear still why Mehta has been absconding since at least 2012.

No doubt, Mehta’s flight has inspired Nirav Modi and his uncle.