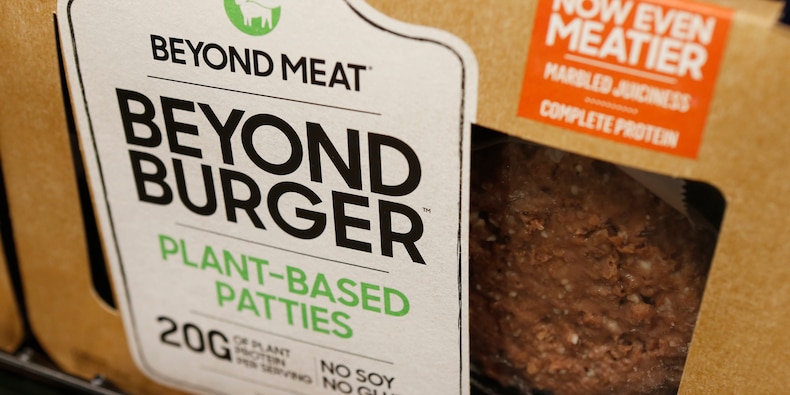 Beyond Meat shares tumbled on Friday after the plant-based meat producer announced a wider than expected loss for the first quarter of the year. Customers, including restaurants, bought less of the company's meat substitute, which they stockpiled during the height pandemic.

Share were down as much as 10% in premarket trading, before paring losses to around 4% after the opening bell.

The El Segundo, California-based company reported revenue of $108.2 million versus the $113.18 million Bloomberg analysts expected and an adjusted loss of $0.42 per share compared to the $0.21 analysts predicted.

This is the third straight quarter that Beyond has reported losses that are wider than expected.

The company attributed the decline to the restaurant industry, which suffered as restrictions on dining out tightened. But Beyond's founder and CEO Ethan Brown said he is optimistic about seeing a "thaw" in the near future.

"More near-term, we are cautiously returning to the practice of issuing guidance, starting with net revenues, as we have recently begun to see a slow thaw occurring within foodservice both domestically and in certain international markets," Brown said in a statement.

US retail sales climbed 27.8% to $63.8 million while international retail sales rocketed 189% to $17.2 million, accounting for a quarter of the company's revenue.

Beyond has production centers in China and the Netherlands and sells its products in more than 80 countries.

Its rival, Impossible Foods, is exploring a public listing that could give the company a valuation of $10 billion, Reuters reported in April.