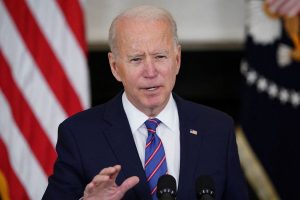 To provide pandemic relief to the 43 million borrowers in the country with federal student loans, President Joe Biden extended the pause on payments through September. His Education Department has even cancelled student debt for some groups of people.

Now there’s a number on how much those efforts increased losses in the federal student-loan portfolio: $53 billion.

The Wall Street Journal reported on Monday that the $53 billion estimate, which came from Biden’s recent budget proposal, is based on updated data on borrowers’ repayment rates to the government in recent years and reflects pandemic relief efforts. This is an increase from last year, when the federal budget estimated that taxpayers would lose $15 billion on all outstanding student debt.

Biden’s budget also projected $68 billion in long-term losses from student loans. This follows a 2019 Congressional Budget Office report that found the federal student-loan program would cost taxpayers $31.5 billion over the next decade. In 2020, The Wall Street Journal obtained documents from the Education Department that found taxpayers would be on the hook for roughly two-thirds, or $435 billion, of the entire student-loan portfolio.

The losses incurred from the federal student-loan program could be a factor as to why Biden did not include any form of student loan forgiveness in his $6 trillion budget — it may cost taxpayers too much. Although he campaigned on cancelling $10,000 in student debt, and some Democrats have called for him to cancel $50,000 in student debt per borrower, he has yet to do so, and he has not provided a timeline as to when any such forgiveness might happen.

And while President Donald Trump’s student loan payment pause through January, which Biden extended through September, gave borrowers financial relief during the pandemic, no interest was collected during that time, adding to government losses.

Education Secretary Miguel Cardona previously said he has not ruled out extending the pause beyond September, but the top Republicans on the House and Senate education panels, Rep. Virginia Foxx and Sen. Richard Burr, respectively, are urging against another extension, saying it “would be unnecessary and actively work against the interests of students and taxpayers” in a letter to Cardona last week.

But despite estimated losses, Democrats are keeping pressure on Biden to cancel student debt using his executive powers to provide instant financial relief.

“Student loan cancellation could occur today,” Massachusetts Sen. Elizabeth Warren told Insider. “The president just needs to sign a piece of paper canceling that debt. It doesn’t take any act of Congress or any amendment to the budget.”