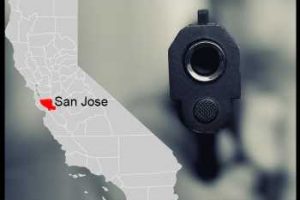 In the wake of the San Jose massacre, President Joe Biden has urged the Congress to take immediate action and heed the call of the American people, including the vast majority of gun owners, to help end the epidemic of gun violence in the United States.

Nine people were killed and several others were wounded when a lone gunman opened fire indiscriminately at a county rail yard in San Jose, California, Wednesday.

The gunman, identified as 57-year-old Samuel Cassidy, turned his gun on himself and has reportedly died.

Cassidy, who is said to be an employee at the Santa Clara Valley Transportation Authority, or VTA, opened fire during the early morning shift change at the light rail yard.

The victims included his colleagues at VTA, a public transit service that operates bus and light rail services in the Santa Clara Valley.

As a mark of respect for the victims, Biden ordered that the U.S. flag be flown at half-staff at the White House and all public buildings and grounds, all military posts and naval stations, and all naval vessels of the Federal Government until May 30.

He also directed that the flag shall be flown at half-staff for the same length of time at all U.S. embassies, legations, consular offices, and other facilities abroad.

Biden had issued similar orders following the mass shootings at spas in and around Atlanta; in a grocery store in Boulder, Colorado; at a home in Rock Hill, South Carolina; and at a FedEx facility in Indianapolis, Indiana.

“Every life that is taken by a bullet pierces the soul of our nation. We can, and we must, do more,” he said in a statement.

Speaking at the crime scene, emotionally charged California Governor Gavin Newsom said, “What the hell is wrong with the United States of America? When will we put down our arms?”

Biden had signed a set of executive orders last month aimed at curbing gun violence in the wake of a series of mass shootings that shocked the country.

U.S. cities are going through a historic spike in homicides and violence, mainly targeting Black and brown Americans.

Wednesday’s incident was the 232nd shooting in the U.S. this year, which has claimed the lives of more than 12000 people, as per the Gun Violence Archive.