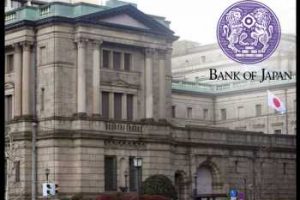 The Bank of Japan maintained its monetary policy stimulus unchanged, as widely expected, and lifted its inflation projection for the next fiscal year citing rising commodity prices.

The policy board, governed by Haruhiko Kuroda, on Tuesday, voted 8-1, to hold the interest rate at -0.1 percent on current accounts that financial institutions maintain at the central bank.

The bank will continue to purchase a necessary amount of Japanese government bonds without setting an upper limit so that 10-year JGB yields will remain at around zero percent.

The board decided, by a unanimous vote, to extend by one year the deadline for loan disbursement under the Fund-Provisioning Measure to Stimulate Bank Lending.

With regard to the risk balance, risks to economic activity are skewed to the downside for the time being, and risks to prices are generally balanced, the BoJ said in its latest quarterly outlook report.

The central bank forecast consumer prices to remain flat in the current fiscal year, unchanged from the October report.

Nonetheless, the bank raised its inflation projection for the fiscal 2022 to 1.1 percent from 0.9 percent, mainly reflecting a rise in commodity prices and the pass-through of that rise to consumer prices.

For the fiscal 2023, inflation is seen at 1.1 percent, slightly up from the previous outlook of 1 percent.

Citing supply-side constraints, the bank downgraded its growth outlook for the fiscal 2021 to 2.8 percent from 3.4 percent.

However, underpinned by the government’s economic measures and a recovery in production to catch up with demand, the bank raised its projection for the next fiscal to 3.8 percent from 2.9 percent.

The growth forecast for the fiscal 2023 was lowered to 1.1 percent from 1.3 percent.