Brad Wechsler To Step Down As Imax Chairman; Acquired Company With CEO Rich Gelfond In 1994 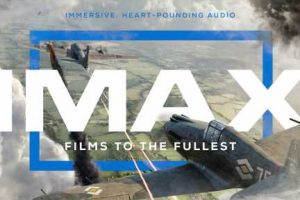 Imax Corp. said Bradley Wechsler will step down as chairman of the board at the annual shareholders meeting in June after nearly 30 years of service to the company. The board will select a new chairman shortly after the event.

The former investment bankers Wechsler and Imax CEO Rich Gelfond acquired Imax in 1994. They served as co-CEOs from 1996 to 2009, when Gelfond took on the role of sole CEO.

“Brad and I have had an outstanding working relationship since we acquired Imax together … during which time Imax has been transformed into one of the leading entertainment technology companies in the world,” Gelfond said. “I thank him for his dedication, wisdom, insight, support and guidance. I know all of Imax’s employees past and present recognize and appreciate his many contributions. As he leaves his role, I am proud to have partnered with him and to call him my friend.”

Said Wechsler: “It’s been almost thirty years since Rich and I acquired Imax and we’ve seen a tsunami of changes over the years. One thing that has remained constant though is the power of The Imax Experience and the power of the Imax brand. I’m proud to have been part of building this great company and wish the company and Rich continued success in growing this unique franchise.”

Wechsler is currently CEO and Managing Partner of investment firm Elysium LLC. He serves on the boards of Apollo Investment Corp., NYU Langone Hospital and Medical Center and Math for America. He is a member of the Motion Picture Academy of Arts & Sciences