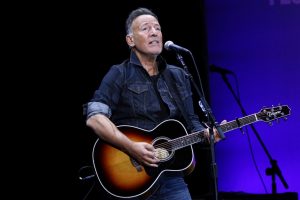 The combined value of the separate recording and publishing deals reportedly could reach the $500 million range or even as high as $600 million. Financial terms were not specified in the official announcement.

Springsteen is the latest top name in the music business to take advantage of a seller’s market due to the boom in streaming. Digital sales have surged in recent years and, until Covid, live touring revenues were also on the rise. Now, with touring still in an uncertain state, a range of established performers have been realizing the value of their career’s work. Among those whose catalogs have sold recently are Paul Simon, Bob Dylan, Stevie Nicks, Neil Young and James Brown. Dylan’s pact earlier this year with Universal Music was worth $300 million.

Covered under the Sony acquisition are songs like “Born to Run,” “Born In The USA,” “Dancing in the Dark,” “Glory Days,” “The River,” “Hungry Heart,” “Brilliant Disguise” and “I’m On Fire.” Springsteen has recorded for Sony’s Columbia Records since signing with the company almost a half-century ago. In 1973, he released his debut album, Greetings from Asbury Park, NJ, and last year brought his 20th studio album for the label, Letter to You.

“I am one artist who can truly say that when I signed with Columbia Records in 1972, I came to the right place,” Springsteen said. “During the last 50 years, the men and women of Sony Music have treated me with the greatest respect as an artist and as a person. I’m thrilled that my legacy will continue to be cared for by the company and people I know and trust.”

Springsteen has won 20 Grammys, an Oscar, a Tony, a Kennedy Center Honor and the Presidential Medal of Freedom, among a multitude of honors. His 2016 memoir, Born to Run, became a bestseller and the next year he created Springsteen on Broadway, which ran for 236 performances and was adapted for a Netflix special.

Letter to You reunited Springsteen with the E Street Band and debuted at No. 1 in 11 countries. Earlier this year, Springsteen collaborated with President Barack Obama on the book and podcast Renegades: Born In The USA.