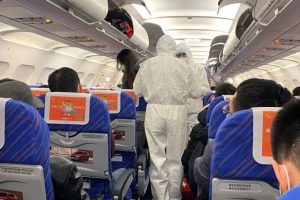 Aviation jobs were scarce even before the Covid-19 pandemic arrived on Indian shores in early 2020. The situation has been exacerbated since. 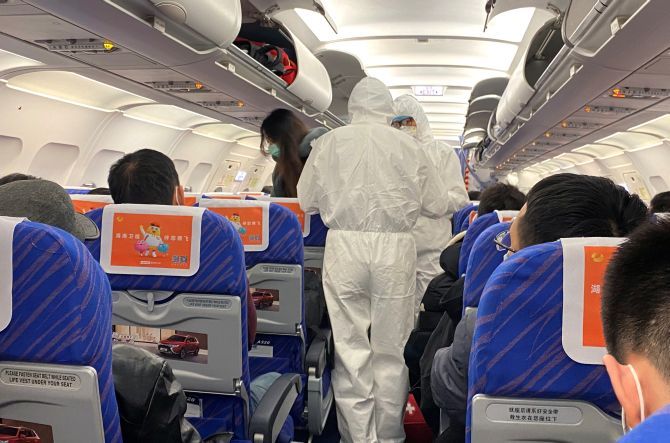 Tejas Dodia, a senior cabin crew member with Jet Airways, was one of the thousands of employees who lost their job after the airline was grounded in April 2019.

He began applying for cabin crew positions but found none.

Frustrated at sitting at home for months despite his work experience, he turned an entrepreneur.

Dodia is not alone in flying out of the aviation business altogether.

There were nearly 4,000 cabin crew with Jet when the airline was grounded; every fifth remains without a job to date.

One cabin crew member with 10 years of experience has been forced to take up a teaching job; some have branched out into small businesses.

Aviation jobs were scarce even before the Covid-19 pandemic arrived on Indian shores in early 2020.

The situation has been exacerbated since.

Initially, all flights were grounded and even when operations resumed, only a part of the capacity of each airline was allowed.

Thousands of people working as cockpit crew, cabin crew, airport staff and in ground handling services have lost their livelihoods in the aftermath of the pandemic.

Those who remain have faced severe pay cuts.

The government had acknowledged in Parliament that between April and September last year, nearly 40,000 aviation jobs had vanished.

Not just cabin crew, the single most critical job function in the aviation sector — cockpit crew — is also in peril.

“Aap to laakhon mein kamate ho, salary kuchh kam ho gayi to kya hua (you earn in lakhs, so what if the salary has been reduced a little?)” — a senior commander with three decades of flying with an Indian airline was told to grin and bear the nearly 75 per cent cut in gross salary his airline implemented last summer.

So, if a pilot from the airline was earning nearly Rs 2 lakh a month before the pandemic, she was asked to subsist on about Rs 50,000.

Across the country, commanders and first officers were faced with a sudden and significant reduction in income, forcing some to delay regular EMI payments for home loans and others to tighten the budget for daily-use items.

Almost a year has gone by and salaries of the cockpit and cabin crew have not been restored, and jobs are still hard to come by in both domestic and international markets.

The situation had started improving over the last few months, as the ministry of civil aviation allowed more flights, and some jobs, too, had begun opening up.

But with the second, more lethal Covid-19 wave upon us, passenger numbers have dropped alarmingly and more aviation jobs are in jeopardy.

An executive with a leading airline said that in a meeting with the ministry officials a few weeks ago, some airlines actually sought tighter capacity restrictions!

The ministry had been gradually easing the cap since May 2020, when flights resumed, and as of now, airlines are permitted to deploy eight in 10 aircraft in their respective fleets.

But with an alarming increase in Covid-19 infections, some airlines want everyone to fly only 60 per cent of their capacities.

Passenger numbers have more than halved and flights on certain routes have dropped by three-fourths.

This executive said there are daily “mass flight cancellations” and many flights are being clubbed due to insufficient number of passengers.

A senior executive at another airline had, in the second week of April, said that aircraft loads (percentage of occupied seats) were already down by 20 per cent but there were no plans to cut back jobs or salaries at his airline.

This executive did not respond to queries on the aircraft occupancy situation now, when the pandemic has wreaked havoc with airline operations.

Since May last year, when flight operations had resumed after a complete shutdown, a gradual increase in capacity deployment by airlines had meant that domestic passenger traffic had reached nearly two-thirds of last year’s level by February 2021.

However, the recent spike in the Covid-19 cases towards March end and early April 2021 has resulted in several state governments implementing fresh restrictions.”

This, it said, “will have an adverse bearing on airport operators cash flows and debt coverage metrics”.

According to the ministry, only 183,000 passengers took a flight on April 13 — the first time when daily passenger count fell below the 200,000 mark since flights resumed.

ICRA’s senior vice president, Corporate Ratings, Shubham Jain had said in mid-April that the domestic passenger traffic is expected to be lower by 15-17 per cent in April over March.

There is worry that further pay cuts might be in the offing.

“Pay cuts imposed last year were still to be fully reversed when the fresh wave came.

“That time, the cuts were between 10-30 per cent across the industry.

“Now, I’m certain there will be more pay cuts. One air­l­ine has already announced cuts; mine will be next,” an executive said.

An office bearer of the Indian Commercial Pilots’ Association (ICPA) pointed out that for Air India pilots, the earlier sacrosanct rule of being paid for 70 hours of flying — whether the actual number of hours flown came to 70 or not — was set aside during the pandemic.

This made it harder for those pilots who got infected with the virus to return to flying — since the endless set of clearances needed took weeks to come by.

So, while the cut in gross pay for pilots of this airline was nearly 60 per cent (more for executive level pilots), those who were grounded due to Covid-19 infection suffered a deeper cut.

A senior cabin crew representative said that airlines have resorted to hiring youngsters from small towns at ridiculously low packages.

She said fresh cabin hires are being offered salaries as low as Rs 15,000 per month.

Airlines are seeking a financial package from the government to survive the fresh Covid-19 crisis.

According to one airline executive quoted earlier, airlines want taxation on aviation turbine fuel to be lowered and jet fuel to be included in the GST regime.

Another said more help is needed, not just lower taxes.

Whether or not the government bails airlines out, for those working in India’s beleaguered aviation sector, there seems little hope.

Image used for representation purpose only.