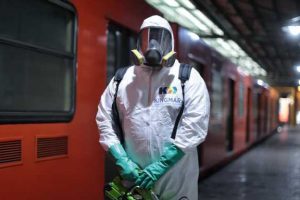 Despite this significant and maddening global lifespan disparity, humans have overall made incredible strides in recent decades to eke out longer lives. According to the United Nations, global average life expectancy at birth (the average number of years that a newborn is expected to live, subject to age-specific mortality rates) was just 48 for women and 43 for men in 1950. We’ve come a long way since then.

But the COVID-19 global pandemic has become a speed bump on the road to longer lives. According to one regional study, life expectancy at birth declined in 2020 in 27 out of 29 developed countries compared to 2019.

The United States and the Baltic state of Lithuania (population 2.8 million) experienced the biggest declines in life expectancy among the countries included in the study, at 2.2 years and 1.7 years, respectively. These declines were attributed mostly to a rise in mortality among people over the age of 60 who are more susceptible to COVID-19-related hospitalizations and deaths.

To find how many years of life expectancy each country lost due to COVID-19, 24/7 Wall St. reviewed research by scientists at University of Oxford’s Leverhulme Centre for Demographic Science published in the International Journal of Epidemiology. The research examined life expectancy losses at different ages in 29 countries, representing most of Europe, Chile, and the U.S. 24/7 Wall St. only considered life expectancy at birth losses, ranking the countries from lowest to highest loss regardless of sex (in most cases males had the largest loss, but in some cases females did). COVID-19 cases per country are from 10/13/2021. Covid data for England, Scotland and N. Ireland all from WHO’s data onUnited Kingdom.