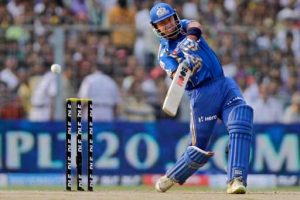 As part of the programming realignment, existing streaming service Hotstar U.S. will disappear, likely by late-2022, the company said. The company has not disclosed the number of subscribers the outlet has, though it is a tiny fraction of the current total of its portfolio of 170 million overall paying customers.

Starting today, ESPN+ will serve as the new U.S. streaming home for live cricket. The IPL, whose 14th season was interrupted earlier this year due to a surge of Covid-19 infections in India, is set to resume September 15, wrapping by mid-October. More than 30 matches will be shown on ESPN+. In 2022, all 62 matches of the IPL season will stream live on ESPN+ beginning in March.

While cricket remains a niche sport in the U.S., it draws vast audiences globally, particularly in the UK, Australia and India.

On Hulu, Hotstar specials and Bollywood titles will rotate on and off the platform at regular intervals, with the number of total episodes and titles in the thousands. The roster of Hotstar specials headed for Hulu include The Empire, Aarya, Criminal Justice, Special Ops, and Indian adaptations The Office and Dil Bechara. The latter is a remake of 2014 teen melodrama The Fault in our Stars.

Disney+ will be the only one of the three components of the Disney bundle not to stream any Hotstar programming in the U.S., at least for the time being.

Hotstar, the streaming outlet initially launched by Star India, came under Disney’s control as part of the $71.3 billion acquisition of 21st Century Fox assets. Disney has used the Star assets in various ways to help attain its goal of 300 million to 350 million overall streaming subscribers by 2024. It integrated Disney+ as a low-cost add-on for Hotstar subscribers, boosting overall Disney+ subscriptions, albeit at lower margins. The company also created Disney+ Hotstar and stand-alone service Star+, which just expanded to Latin America.

ESPN+ recently increased its subscription price to $7 a month. Hulu’s basic, ad-supported tier costs $6 a month. The Disney bundle, including Hulu, ESPN+ and Disney+, is $14 a month with ads and $20 for an ad-free version. Rates for ESPN+, Disney+ and the Disney bundle have all been raised in recent months.