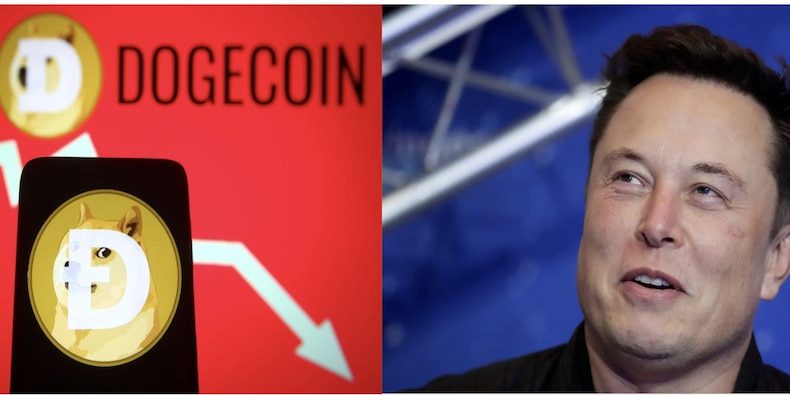 Dogecoin rose 10% to 35 cents on Tuesday, according to data from Coinmarketcap.

Dave Lee, a YouTuber and Tesla investor, asked Musk what his thoughts were on Ethereum 2.0, cardano, solana, polkadot, and IOTA, and why he prefers dogecoin to them. Musk said: "Doge has dogs & memes, whereas the others do not." 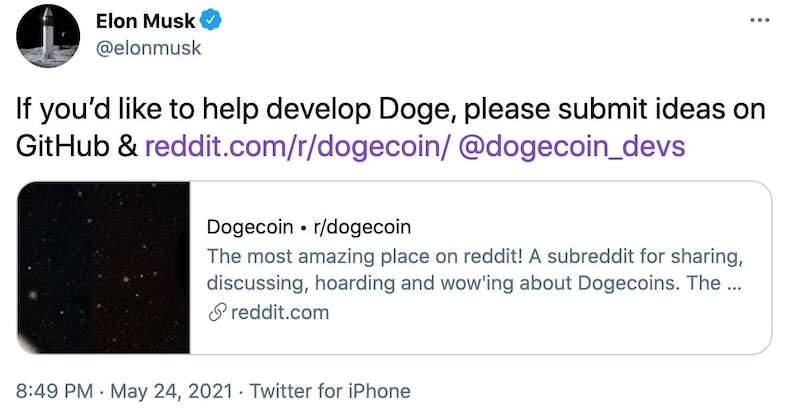 Musk has been one of the most prolific backers of dogecoin, and has hinted the digital asset could be used as a form of payment for Tesla in place of bitcoin.

"Someone suggested changing dogecoin fees based on phases of the moon, which is pretty awesome haha," he said in a follow-up tweet to his call for development.

Dogecoin has been criticized for its concentrated ownership by a small group of whales, but has soared 7,000% so far this year. Musk has repeatedly referred to the asset as his most favored cryptocurrency, but recently warned investors it would be unwise to invest too much.

Nascent digital assets have been overwhelmed by consumer demand while major crypto influencers like Musk inject daily uncertainty into the market, sending bitcoin and other tokens into chaos.

Bitcoin plummeted last week to around $30,000 after Tesla suspended bitcoin payments, and China said digital tokens can't be used as payment. Musk had appeared to sour on the cryptocurrency over its negative environmental impact.

But on Monday he said he met with leading bitcoin miners to discuss forming a plan that would establish reporting standards and ESG goals for mining. Bitcoin's price rose over $39,000, but fell back to around $38,000 on Tuesday after he signalled support.

Read More: Peter Smith built Blockchain.com from nothing into a $5 billion business in 10 years. The CEO of the Baillie Gifford-backed startup shares 4 assets he's following, and why he's given away crypto to thousands of people.